Despite the drama in Pietermaritzburg, the 25-year-old's consistent form has been rewarded. 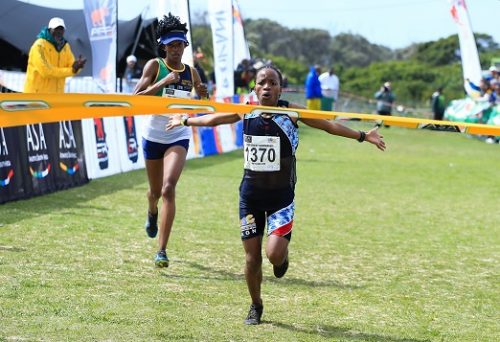 Xaba would take home the R180 000 first prize after finishing top of the final rankings, the series organisers confirmed on Tuesday, despite losing valuable points as one of four elite athletes who were disqualified for running short after taking the wrong route at the penultimate leg in Pietermaritzburg in August.

While Athletics SA scratched the quartet from the results at its council meeting over the weekend, with a controversial reinstatement by provincial body KZN Athletics delaying the release of the final rankings, Xaba did enough to secure the overall title after taking the runner-up spot at the first three legs of the series and winning the fourth race in Centurion.

She earned a total of 104 points over the six legs, ending seven points clear of Zimbabwean athlete Rudo Mhonderwa, who was another five points ahead of compatriot Rutendo Nyahora.

Defending series champion Kesa Molotsane, who got off to a cracking start by winning the first two legs in Cape Town in March and Port Elizabeth in May, was not as prominent in the second half of the campaign.

Though she was first across the line in Pietermaritzburg, Molotsane slipped to fourth place overall after being docked crucial points, and she ultimately finished the campaign just one point behind Nyahora.

Irvette van Zyl was in remarkable form this season, taking third place at the Cape Town leg while six months pregnant and bursting back into form by winning the last two legs of the series in Pietermaritzburg and Johannesburg within a few months after giving birth to her second son.