The provincial affiliate is 'irritating' national federation, Athletics South Africa, with questionable conduct over the past year.

The KwaZulu-Natal Athletics (KZNA) board could be suspended within the next few weeks, with Athletics South Africa (ASA) slamming the hammer down on the under-fire provincial body’s executive.

At an ASA council meeting last week, the national federation opted to send a letter to the KZNA board, calling on the leadership to provide sufficient defence for its recent actions or face indefinite suspension.

“The council ruled that we cannot continue this way,” said a delegate who attended the meeting in Kempton Park.

“The executive of the province needs to be called into order in accordance with the ASA constitution, which clearly specifies that there must be a letter of intent which clarifies that council is unhappy with their conduct.

“They need to give reasons why they shouldn’t be suspended, and if their reasons are not satisfactory, the executive must be suspended and a hearing must take place.”

While ASA would not confirm on Friday whether the notice had been sent, reports from the province suggested it had been received, and KZNA had been given three weeks to respond.

The latest move to suspend the provincial body’s board followed a lashing it received from ASA earlier in the week.

“The council expressed a collective irritation over KZNA at what they described as a notable trend of disrespect towards the mother body,” the federation said in a statement after the KZNA executive failed to appear at the ASA council meeting.

Rising conflict within the province had apparently erupted into discussions about splitting the provincial body into coastal and inland regions, and KZNA matters had been on the agenda of ASA council meetings for the last 18 months.

In recent months, KZNA had been criticised for allegedly attempting to stop the Africa Athletics League track and field meeting from opening the new Msunduzi Stadium, and controversially overturning a jury of appeal’s decision to disqualify four elite athletes at the Spar Women’s Grand Prix 10km race in Pietermaritzburg, a decision which was later scratched by the ASA council. 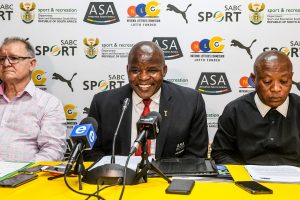