They remain unbeaten going into the last two days of action. 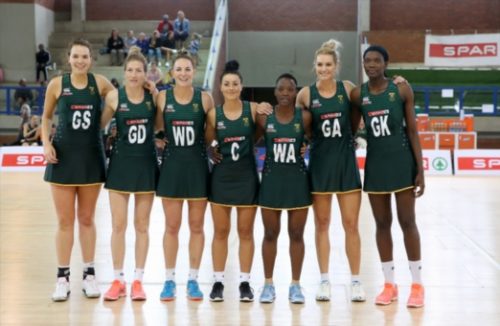 The Proteas extended their unbeaten run at the Diamond Challenge netball series on Thursday, bulldozing their way past a young SA Presidents team in Polokwane.

The SA Presidents XII, which consisted largely of Under-21 players, did well in an attempt to match the pace of the national senior team in the early stages, but they were outclassed as the Proteas raced to a lead of 18-5 at the end of the first quarter.

With coach Jenny van Dyk making some changes, the invitation side were more solid on both attack and defence in the second stanza, though the Proteas maintained a significant 30-14 advantage at half-time.

While they worked hard to put up a fight, the Presidents XII eventually fell to a 62-35 defeat, with the Proteas remaining unbeaten after three matches in the five-day international tournament.

“We expected them to play hard from the first quarter,” said Proteas captain Bongi Msomi.

“We knew it was going to be a big game and we knew we’d have to put our foot down to grab the win.”

With more experience, Van Dyk believed the SA Presidents XII players proved they could earn their places in the national squad.

“These youngsters in the Presidents team really showed what they can do. It’s just the consistency that was missing,” Van Dyk said.

Zambia, meanwhile, picked up their second win with a 58-42 victory over Botswana, who remained without a win after three days of competition.

Zimbabwe also stayed in the hunt near the top of the standings, securing their second victory with a 62-43 win over Namibia, who showed early tenacity but were ultimately handed their third straight defeat.

On Friday’s penultimate day of the Diamond Challenge, the Proteas were set to face Zambia and the SA President XII were gearing up for a clash with Zimbabwe, while Botswana were scheduled to meet Namibia.