The South African cyclist delivered on a timely fine performance to keep his Down Under title defence alive. Stage winner South Africa's Daryl Impey from Mitchelton-Scott celebrates on the podium after stage four of the Tour Down Under cycling race in Adelaide on January 18, 2019. (Photo by Brenton EDWARDS / AFP) / -- IMAGE RESTRICTED TO EDITORIAL USE - STRICTLY NO COMMERCIAL USE --

Launching a challenge in defence of the title he won last year, South African rider Daryl Impey snatched a stage victory on Friday, climbing to second place overall at the Tour Down Under in Adelaide.

Impey, who rides for Mitchelton-Scott, edged out Patrick Bevin of New Zealand to win the 129km fourth stage between Unley and Campbelltown in 3:03:27, putting up another fight after he won the season-opening World Tour contest last year.

While Bevin retained his lead at the front of the peloton, Impey moved into the runner-up spot, just seven seconds off the pace in the general classification.

“When I came here I wanted to do something special,” said an emotional Impey, who revealed that a close friend had passed away in the build-up to the race.

“To be able to deliver today was pretty emotional and definitely a confidence booster.”

Gibbons, turning out for local team Dimension Data, was 21 seconds behind Bevin ahead of Saturday’s 150km penultimate stage between Glenelg and Strathalbyn. 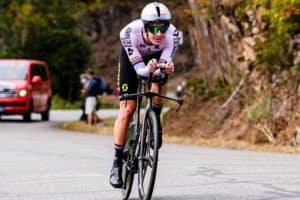 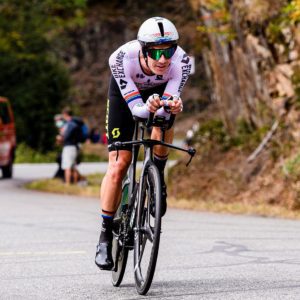