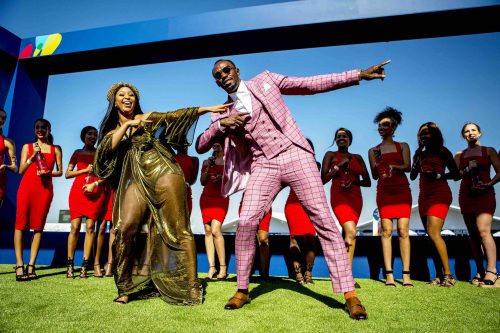 Though he hopes his countryman Yohan Blake will regain his best form this season, Jamaican legend Usain Bolt has also backed South African sensation Wayde van Niekerk to make a return to the summit of international sprinting in his comeback campaign.

Bolt, an eight-time Olympic champion who retired from athletics after the 2017 World Championships, was confident Blake had the ability to reclaim the 100m title he won in 2011, with his sights sets on this year’s global showpiece in Doha.

And while the likes of American speedsters Noah Lyles and Christian Coleman were expected to turn out as favourites for the short sprint events at the World Championships, along with South African record holder Akani Simbine, Bolt felt former part-time training partner Van Niekerk could also be challenging again after he missed the entire 2018 season with a serious knee injury.

It was unclear whether Van Niekerk, considered the world’s most versatile sprinter, would focus on the 100m, 200m or 400m events, as he geared up for an imminent return to the track.

“I’m hoping Yohan Blake gets back into top shape. We’ve trained together over the years, so I really want him to be on top,” said Bolt, who was in the country last week to launch a new brand of Mumm champagne and attended the
glamorous Sun Met horse racing event in Cape Town.

“We trained so hard, and he (Blake) has proven himself to be one of the best, so hopefully everything will go well for him this season.

“I’ve also been talking to Wayde over the last couple of days. He’s happy with his training and he’s feeling good, and I actually told him not to push himself too hard because the Olympics (in Tokyo next year) is always the main goal,
so I’ll also be watching him this season.”

With South African sprinters having rocketed themselves into a new sphere over the last few years, spearheaded by the likes of 400m world record holder Van Niekerk and Commonwealth Games 100m champion Simbine, Bolt believed the nation had a bright future in the explosive discipline.

“Over the last couple of years, I think you guys have really stepped up your game,” he said.

“It shows when you can make a 4x100m team, and the more sprinters you get, the more other youngsters will want to be sprinters and the talent will come out.”