From government to cricket, SA's queen of the track knows many have her back. 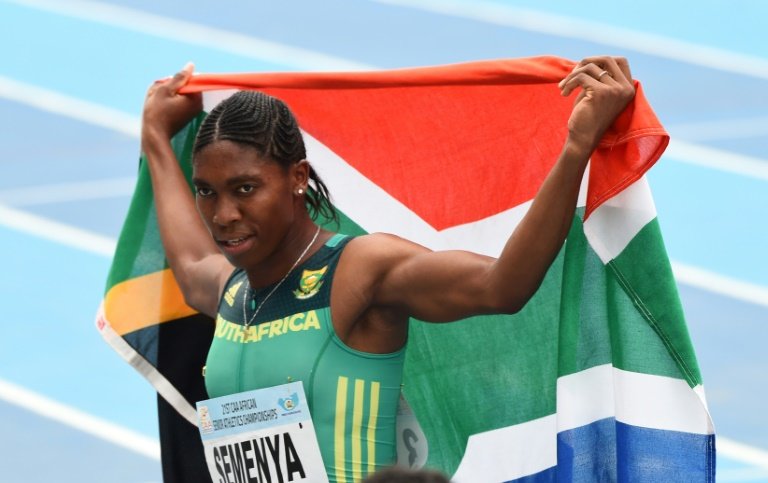 Caster Semenya has protested that she is "unquestionably a woman". AFP/File/PIUS UTOMI EKPEI

South Africa has rallied behind one of its most acclaimed athletes, with government, Athletics SA (ASA) and the SA Sports Confederation and Olympic Committee (Sascoc) confirming their support of middle-distance runner Caster Semenya on the eve of a controversial hearing on international gender rules.

Government launched the #NaturallySuperior campaign on Friday, aimed at roping in support for Semenya ahead of the Court of Arbitration for Sport (CAS) hearing in Lausanne next week.

The sports ministry had compiled a legal team which would appear before the CAS in support of the case lodged by Semenya and ASA, who had appealed the court’s decision to approve new International Association of Athletics Federations (IAAF) rules late last year.

“Government, through the department of sport, has established a high-level panel consisting of the medical and legal workstreams who have prepared a formidable case,” the sports ministry said in a statement.

“What’s at stake here is far more than the right to participate in a sport,” Xasa said.

“Women’s bodies, their well-being, their ability to earn a livelihood, their very identity, their privacy and sense of safety and belonging in the world are being questioned.”

Having also pitched in resources to bolster their legal team, ASA reiterated that the national federation was fully backing Semenya in her off-track battle.

“ASA reaffirms its unqualified support for Caster Semenya and athletes who may be affected by the IAAF DSD regulations,” the federation said in a statement.

Sascoc, meanwhile, confirmed its support of the world and Olympic 800m champion on social media.

“Team SA is behind you and supporting you all the way @caster800m in the upcoming IAAF Court of Arbitration for Sport hearing,” the Olympic body posted on twitter.

Even Cricket South Africa got in on the act.

“We stand here as the cricket fraternity joining all the voices throughout the world, to denounce the IAAF Gender Regulations as an act of discrimination against women in sport,” CEO Thabang Moroe said in a statement.

“We state categorically and emphatically that women like Caster, who is born with intersex variations, should enjoy the same rights to dignity as all women. Together, let’s hit gender discrimination for six!”

Semenya and ASA had approached the CAS last year to challenge the IAAF’s new rules which restricted hyperandrogenic athletes from competing against women at international level in certain events.

The global athletics body had been accused of targeting Semenya after choosing to enforce the rule in distances ranging over 400m to the mile (1 609m), which were the same events in which the South African star had excelled in recent years.

The CAS would hear evidence from Monday to Friday and a decision was expected to be announced by the end of March.