Wayde van Niekerk, Caster Semenya and Luvo Manyonga are just some of the names penciled in as ASA secures sponsors. 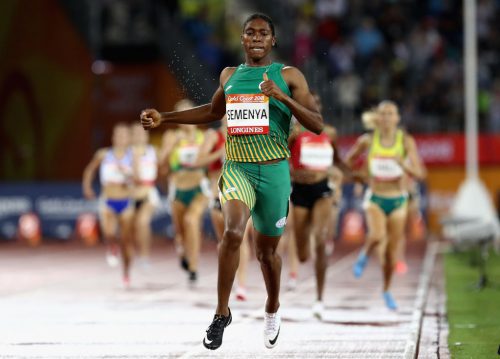 The country’s most prominent track and field stars are all expected to turn out at the national championships in Germiston next month, with Athletics South Africa (ASA) confirming on Tuesday it would strictly enforce a rule which required all athletes to participate if they hoped to be selected for teams to compete at major international events later this year.

While world 800m champion Caster Semenya was awaiting a decision from the Court of Arbitration for Sport regarding her eligibility at international level, any potential ban would not affect her participation at domestic level.

“We have all agreed that if you want to be part of Team South Africa then you must be at the national championships, irrespective of who you are,” Skhosana said.

“That’s why Wayde will be back, because he understands that if he is not there and three other men beat that 400m qualifying time, he will not be able to come through the window.

“We must be fair and treat all athletes with respect.”

The federation, meanwhile, announced new three-year deals with a trio of title sponsors for the Twizza ASA U18 and U20 Track & Field Championships in Paarl at the end of this month, as well as next month’s Sizwe Medical Fund & 3SixtyLife ASA Senior Track & Field and Combined Events Championships.

With former sponsor Liquid Telecom pulling out early from a three-year deal, Skhosana welcomed the new partnerships, which he said would free up resources in a season which included the IAAF World Championships in Doha, the World Cross Country Championships in Aarhus and the African Games in Rabat.

“We are excited that the gap has been filled,” Skhosana said.

“It will make South African athletics more exciting at youth and senior level.”