Mashele hangs on for top-20 finish 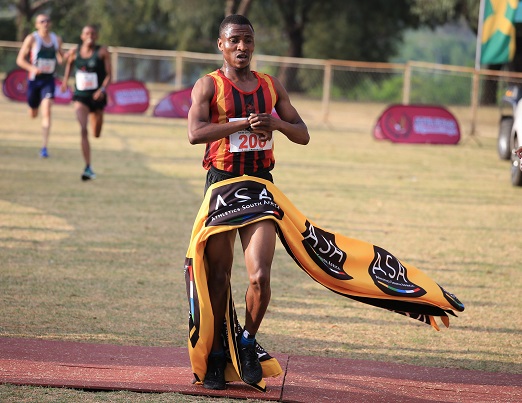 Precious Mashele of CGA wins the men's title during the 2018 ASA 10KM Championship at Kees Taljaard Stadium in Middelburg on September 29, 2018 in Middelburg, South Africa. (Photo by Roger Sedres/Gallo Images)

While he was more than a minute off the pace of Ugandan winner Joshua Cheptegei (31:40), he delivered a superb performance, with only accomplished compatriots Shadrack Hoff and Stephen Mokoka (who both finished 15th) having previously achieved better results in the senior men’s race at the biennial global championships.

The SA women’s team, meanwhile, struggled against the international elite, with Dom Scott-Efurd pulling out in the latter stages of the race.

Versatile athlete Kesa Molotsane was the best of the small squad, finishing in 67th position.

And while they were unable to challenge for medals, the SA junior men’s and women’s teams did well to finish fifth in the team competitions of their respective events, spearheaded by Prudence Sekgodiso who was 20th in the girls’ 6km race and Robert de Villiers who was 27th in the boys’ 8km battle.