The national track and field championships closed with a bang on Saturday. 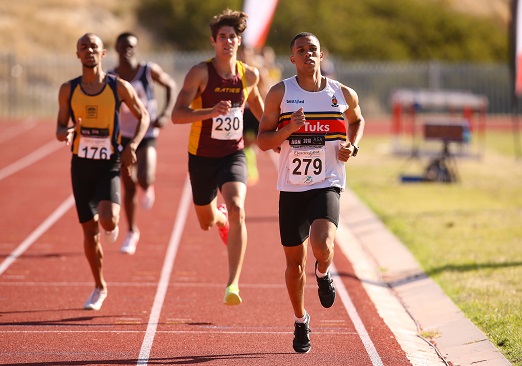 The national track and field championships closed with a bang on Saturday, with shot put giant Orazio Cremona and hurdler Lindsay Hanekom producing breakthrough performances during a spectacular final session of action in Germiston.

Cremona won his eighth successive SA title, launching the shot 21.51 metres as he added 39 centimetres to his personal best and closed within half-a-metre of Janus Robberts’ 18-year-old SA record (21.97m).

World junior champion Kayle Blignaut also did well to clear 20 metres for the first time with the senior shot, setting a personal best of 20.03m to secure the silver medal.

While the country boasted tremendous depth in the event, Hanekom’s performance lifted the standard in the discipline, which had dropped in recent years.

“I wanted to come out here and run a personal best because I’ve been trying to run sub-49 for three years,” said Hanekom, who bounced back from injury to successfully defend his title.

“But I’m happy, training is going well and I just did what I could today.”

Elsewhere on the third and final day of the Sizwe Medical Fund and 3SixtyLife ASA Senior Championships, sprinter Akani Simbine stormed to a convincing victory in the men’s 200m final.

After giving his favoured 100m event a miss, Simbine rocketed home in 20.27 in the half-lap contest.

The men’s long jump also lived up to the hype, with three men clearing the eight-metre barrier.

“This is my first competition of the year, so I’m happy with where I am at the moment,” Manyonga said.

And Olympic medallist Sunette Viljoen was not at her best, slipping on her run-up which hampered her furthest throw of the meeting, but she did enough to win her 13th national title with a 57.23m attempt in the women’s javelin final.