Travelling along the typically busy Johannesburg motorways this week got me thinking again. A man has got to know his limitations.

And when I was cruising at a casual 130 km/h in the fast lane, I spotted a fast car rapidly closing the gap in what looked like a turbo-charged automobile.

So I casually moved over.

After all, I knew the limitations of my smaller petrol-consuming vehicle.

And with my rugby-oriented mind, I quickly compared that scenario to our South African teams in the Super Rugby competition and the turbo-charged high tempo mindset of the Kiwi teams, who will simply thread you to pieces if you dare to play their own well designed, multi-skilled game against them.

And this is where I have to commend the game plan employed by the Sharks against the Crusaders last week when they held the two-time defending champions to a 21-all draw.

The Sharks obviously knew their limitations – like I did on the highway – and decided to play the game tight, wrestling it up with their big pack, defending like demons and kicking the penalties when they came along, which flyhalf Curwin Bosch duly did despite missing a sitter of a penalty with his first attempt.

Although the Crusaders were resting the likes of All Blacks fullback David Havili, centre Ryan Crotty, playmaker flyhalf Richie Mo’Unga, and regular skipper and lock Sam Whitelock, the Sharks did well at times to bully the more fancied home team in the tight exchanges.

One must also remember that the Crusaders were on a 25-match winning streak at their Christchurch home and while they retained their unbeaten run, the victory sequence they had raved about was brought to an end.

It was awesome to see the likes of the muscular Du Preez brothers – No 8 Dan du Preez and flank brother Jean-Luc – giving the Crusaders a taste of their own medicine.

The Boks showed in the semifinal of the 2015 World Cup against the All Blacks in England, when coach Heyneke Meyer’s penultimate Test in charge resulted in a narrow 20-18 defeat, that the New Zealanders tend to get frustrated and run out of ideas when their forward pack is being taken to task.

This is what SA rugby is all about and it’s the same route the Lions followed when they beat the Chiefs 23-17 in Hamilton.

Rassie Erasmus will have taken notice. 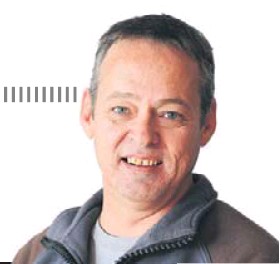