With our netball stars facing Australia in the World Cup semi, it helps having an Aussie coach... 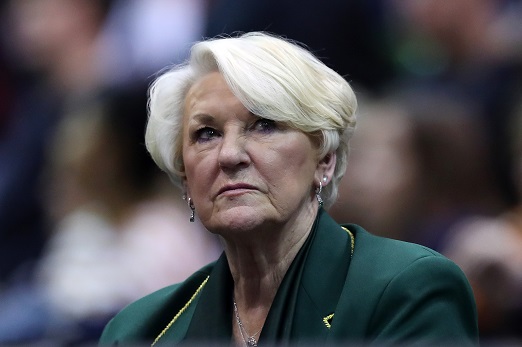 With some inside knowledge of their opponents, Proteas assistant coach Nicole Cusack believes the SA side have the ability to stun title favourites Australia in the semifinals at the Netball World Cup in Liverpool on Saturday.

Having previously earned World Cup titles with the Australian team as players and coaches, Cusack and Proteas head coach Norma Plummer hoped to use their understanding of the Diamonds’ style and approach to their advantage, as South Africa targeted their maiden victory against the defending champions.

While the Proteas had fallen to hosts England in a 58-47 defeat on Thursday, in their only loss of the group stages, they remained confident of their chances after reaching the playoffs for the first time in 24 years.

“Australia is a team we know well, so we know what to expect, and we’ll have a good look at that (game against England) on video to see the areas where we did well and the things we can take into the next game,” Cusack said.

“They’ll play their fast style again and I think we can match up against them pretty well.”

Though captain Bongi Msomi had picked up an ankle injury in the match against England, leaving the court in the first quarter, she had been cleared to play against Australia.

“She had ice on the bench in the first half and the physio strapped her up at half-time,” Cusack said.

“He was prepared to put her back on but we didn’t want to risk it. There was no need to in that game because we knew, win or lose, we were going to have to play Australia or New Zealand and they were both going to be tough matches.

“So we’ll just give Bongi a bit of treatment, she’ll rest up and I’m sure she’ll be back out there.”

After the semifinal between SA and Australia, to be played at noon on Saturday, New Zealand were scheduled to face England in the other playoff at 4pm.

The winners were set to turn out in the final on Sunday, with the losing teams meeting in a battle for the bronze medal.