The Chinese men's hockey team arrived in Cape Town on Monday for a training camp, sparking fears that the presence of the visiting squad could potentially place South Africans in danger. 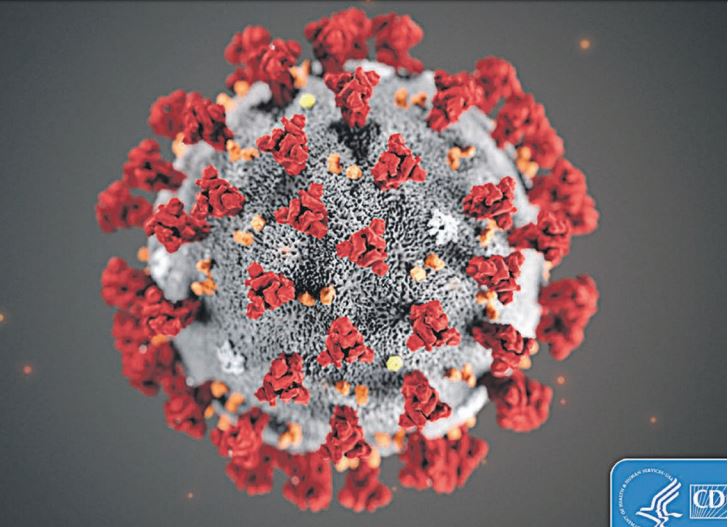 This illustration, created at the Centres for Disease Control and Prevention, reveals ultrastructural morphology exhibited by coronaviruses. Note the spikes that adorn the outer surface, which impart the look of a corona surrounding the virion when viewed electron microscopically. Picture: Alissa Eckert and Dan Higgins

Though the nation has opened its doors to a sports team from China, local authorities insist every precaution has been taken to prevent the Coronavirus from spreading within South African borders.

The Chinese men’s hockey team arrived in Cape Town on Monday for a training camp in preparation for the Tokyo Olympic Games in July, and the SA Hockey Association (Saha) confirmed on Tuesday the squad would be based in the Mother City until April 8.

During their stay, Saha was also attempting to set up a series between China and the SA men’s team, who were currently focussed on their own preparations for the quadrennial Games.

Questions had been raised within the hockey community, with fears apparently emerging that the presence of the visiting squad could potentially place South Africans in danger of being infected with the little understood respiratory virus which was first detected in Wuhan, China in December.

The national federation, however, attempted to allay fears, with the visiting team apparently having ticked all the boxes required by local health authorities.

“They’ve been quarantined by their own department of sport since January 29 and they have travelled to South Africa with all the medical clearances they were requested to submit, which clears every person who is part of their delegation,” said Saha chief executive Marissa Langeni.

“They’ve also availed themselves for any testing that might be required while they’re here by the National Institute of Communicable Diseases.”

Other national hockey teams were also preparing for the Tokyo Games in South Africa, including Ireland and Great Britain who were training in Durban, while Japan had shown interest but had not yet confirmed their arrival, allegedly due to the Chinese team’s presence in the country.

Meanwhile, though the SA table tennis team had opted to postpone a tour to South Korea for a few months due to Coronavirus precautions, the SA Sports Confederation and Olympic Committee (Sascoc) said it had not adjusted its preparations for the Tokyo Olympic Games in July.

There had been international reports that London had been placed on standby to host the Tokyo Games, should the Coronavirus not be sufficiently contained, but Sascoc said there had been no confirmation of an official decision to switch host cities.

“The message that has been conveyed to us is that the Tokyo Olympic and Paralympic Games are scheduled to continue as planned, at this stage, and athletes’ health and maintaining their well being is top priority,” said Sascoc doctor Carolette Cloete.

“So far the Coronavirus has had minimal impact on overall preparations, and there is no case for postponing or cancelling the Games.”