SA's cycling hotshot only recently recovered from a broken arm and now has another year to become a real medal contender. 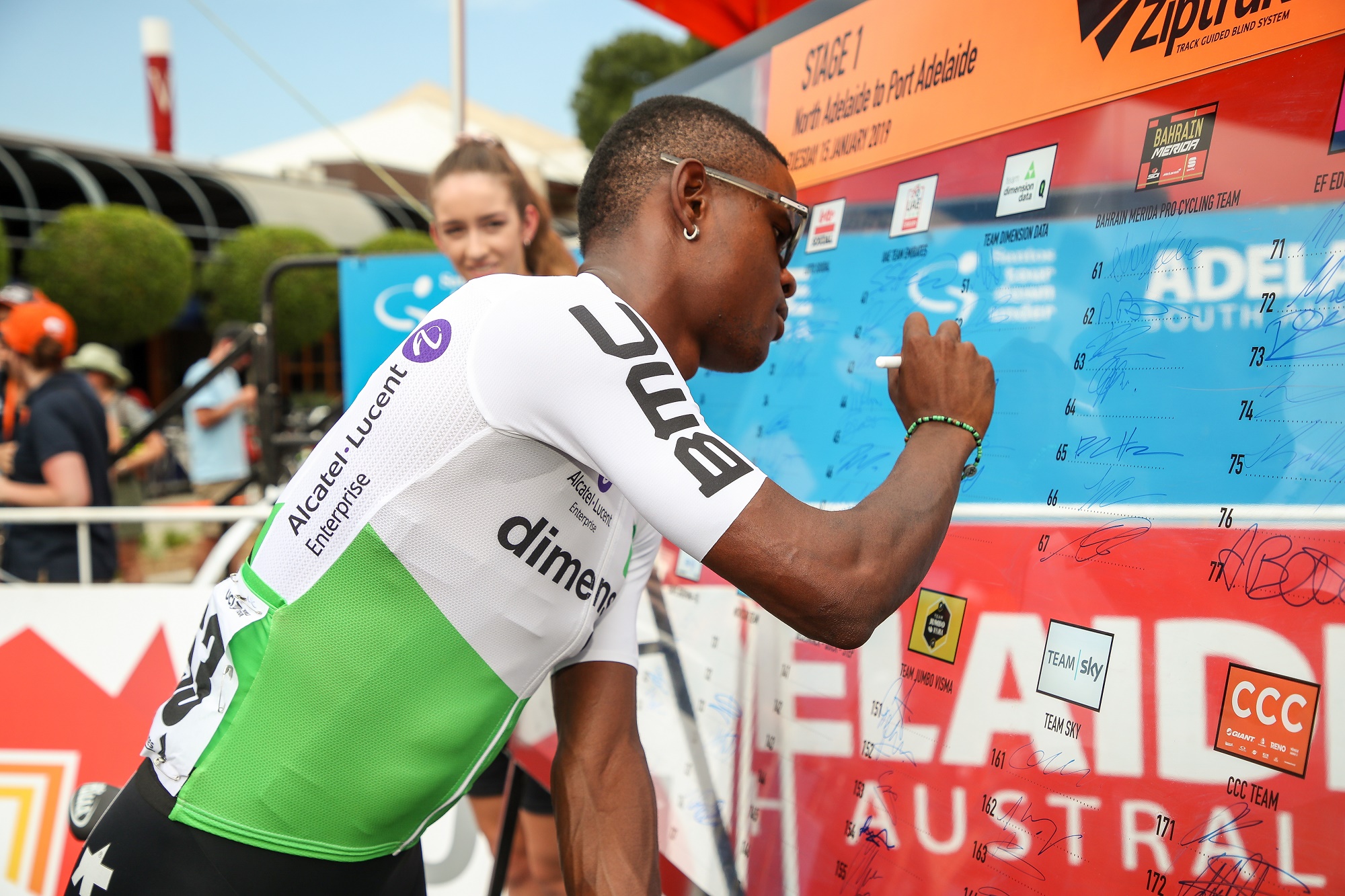 Nic Dlamini of South Africa and Team Dimension Data for Qhubeka signing on for the start of Ziptrak Stage 1 from North Adelaide to Port Adelaide of the Santos Tour Down Under on January 15, 2019 in Adelaide, Australia. (Photo by Peter Mundy/Getty Images)

Back on the road after recovering from injury, cyclist Nic Dlamini hopes to be ready for action when the international season resumes.

Dlamini, who made his Grand Tour debut at the Vuelta a Espana last year, had surgery on a broken arm in December after he was in-volved in an incident with Table Mountain park rangers in Cape Town.

Having since shifted his base to the Netherlands, Dlamini had undergone 10 weeks of indoor rehabilitation and training while regaining his strength.

And while coronavirus restrictions were forcing him to train alone for the foreseeable future, Dlamini returned to the road last week.

He was relieved to be training outdoors again.

“I can’t really wait to get back on the starting line and get to race and put up a good show.”

Having won the mountains classification at the Tour Down Under and the Tour of Britain in 2018, Dlamini had since established himself among the lead contenders for the SA team at the 2020 Tokyo Olympics.

With the Games having been postponed until next year, he was pleased to have more time to gear up for the showpiece.

“I wasn’t quite sure or super confident about what I’d be like in June,” Dlamini said.

“But now that the Games are in 2021, I know that I have a lot of time to prepare and get myself in good condition for the Olympics.”

Though the European cam-paign had been placed on hold due to coronavirus concerns, Dlamini was confident he would be back in form for the NTT Pro Cycling team when the season resumed.

“So when the racing resumes I’ll be pretty much on the same level as everyone.”