Chelsea striker Olivier Giroud and goalkeeper Willy Caballero extended their contracts till the end of the 2020/21 season, the Premier League side announced on Wednesday. 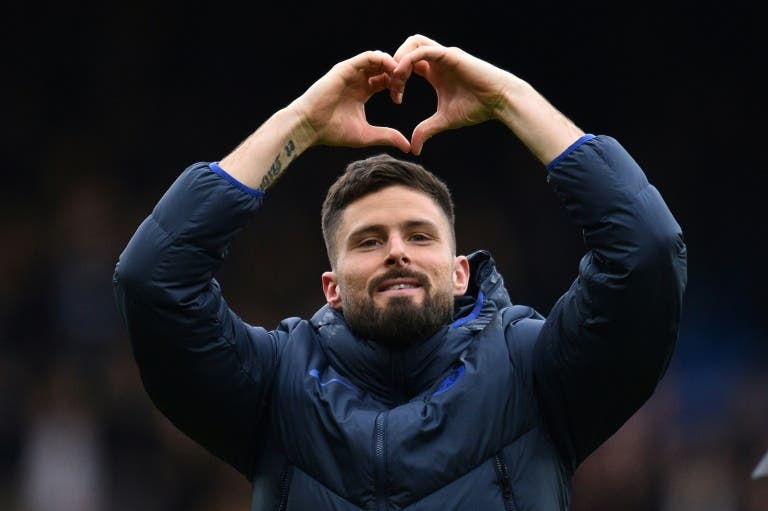 Giroud, 33, forced himself back into Frank Lampard’s plans just prior to the shutdown caused by the coronavirus pandemic and scored the Blues’ last goal in a 4-0 win over Everton in March.

The French international’s contract was due to expire at the end of this season, but Chelsea have exercised an option to extend that deal for another year.

“I am delighted to continue my journey and adventure at Chelsea,” said Giroud. “I can’t wait to get back to playing and enjoying competitive football with my team-mates.”

The former Arsenal striker came close to leaving the club in January in a bid to further his case for a place in France’s Euro 2020 squad after falling behind Tammy Abraham as Lampard’s first-choice forward.

However, Giroud started Chelsea’s last three Premier League games and also scored in a vital 2-1 win over Tottenham in February.

“Since I have been back at Chelsea, Olivier has been brilliant as a professional and as a man in general,” said Lampard.

“He has great qualities to help the squad both on and off the pitch, not only with his talent but with the example he sets every day and the experience he brings to our young squad. I am very pleased that will continue next season.”

Caballero’s new deal will keep him at Stamford Bridge until months before his 40th birthday.

The Argentine briefly displaced the world’s most expensive goalkeeper, Kepa Arrizabalaga, earlier this year after a series of costly errors by the Spaniard.

“It is a difficult time for everyone right now so I feel blessed by this opportunity and truly appreciate it,” Caballero told Chelsea’s website.

Kepa had reclaimed his place by the time the Premier League was suspended, but Lampard also hailed the important of Caballero’s experience.

“I trust in Willy, he trains brilliantly and is a great professional,” Lampard said.

“He stepped into the team earlier this year and showed his quality, and his experience is invaluable in the dressing room. I’m delighted he will be with us next season.”