Cuban former athlete Javier Sotomayor has jumped higher than anyone else in the history of the world. 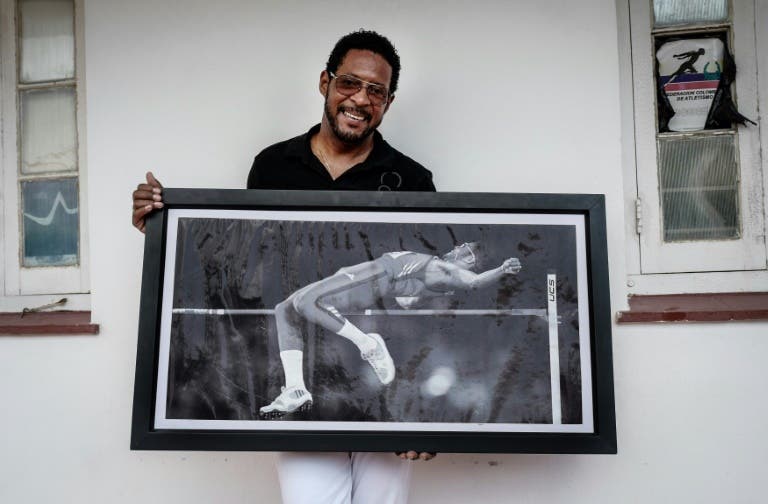 Although he is a former Olympic medallist and six-time world champion, who has held the world record since 1988, he also experienced several lows during his remarkable career, including two failed drug tests and debilitating injuries.

Now 52, a coach and the Cuban Athletics Federation secretary, Sotomayor is urging athletes not to let the coronavirus pandemic crush their dreams.

Here, the father of five who still holds the world high jump record of 2.45 meters tells AFP about how he is coping with the virus outbreak.

Q: What has been your favorite activity during this confinement?

A: “My favorite activity is sports, I take advantage of having one of my children in athletics. So that his physical condition isn’t zero, I give him some exercises and accompany him.”

Recently, Sotomayor has been taking part in a handstand challenge with other athletes on social media.

Q: What does this pandemic teach us?

A: “It’s brought together more people, more countries, we’ve realized how important health is. I think that’s why we’ve had more time to spend with the family, that’s the positive that has come out of the pandemic.”

Q: How has this changed us?

A: “In the practical aspect we’re going backwards as athletes, coaches and sports workers. These are things that bit by bit will pick up. The most important thing is health.”

Q: How do you see a post coronavirus world? What will be the solutions?

A: “It’s very important for athletes — I’m retired but for those active athletes — to get great results, but health is above all this.

“Without good health you can’t achieve these dreams that athletes chase. On top of that, there was going to be the Olympic Games this year. But those dreams aren’t lost, we can achieve them next year.”

Q: After the pandemic, will it take a long time for any records to be broken?

A: “Yes, it will have an effect … these are very difficult months, but they’re not impossible months that can wipe out any dreams you may have. It’s worse to have a serious injury that prevents you from doing any physical exercise at home. You can come through this.

“I went five, six, seven, eight months without jumping, and after that in 1997 I won the world championships. I went one year without competing and then I won a silver medal at the (2000 Sydney) Olympic Games.”

Sotomayor’s world title in 1997 was won after undergoing knee and heel surgery following a disappointing Olympics in 1996.

His silver in Sydney was won after a two-year doping suspension for cocaine was cut in half just before the Games.

Q: What’s your advice to athletes during this confinement?

A: “The worst thing is to go back to zero. While at home, any exercise, any physical activity will always benefit your body and that will bear fruit.”

That’s harder for Cubans who unlike many athletes around the world, don’t have home gyms. But Sotomayor insists they shouldn’t get down about it.

“Everything you do at home will be rewarded. To everyone that keeps going, that keeps thinking of their dreams and goals, who don’t lose them because of what we’re going through, they will come through this.”