Is the Six Nations at risk of being cancelled because of Covid-19?

France calls for European Cup rugby matches to be halted following the outbreak of the new variant of the virus. 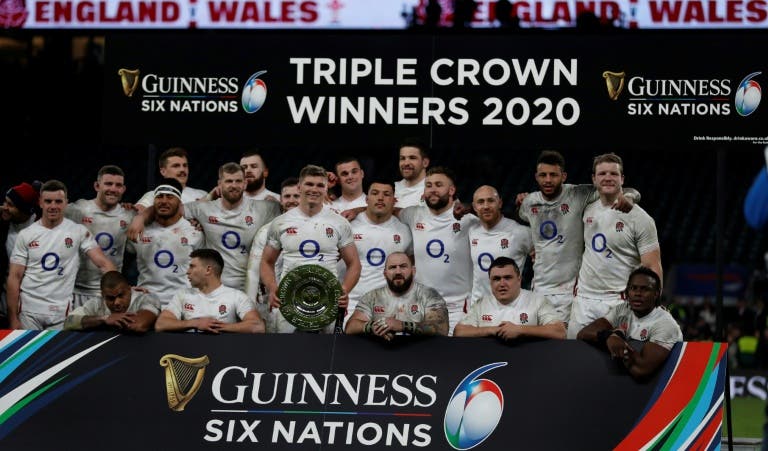 England won the 2020 Six Nations and Triple Crown, but will they get a chance to defend their title this year? Picture: AFP

The French government has recommended rugby clubs postpone upcoming European Cup matches with British teams due to the new Covid-19 variant, according to a statement sent to AFP on Saturday.

The decision casts a doubt over the final two rounds of pool matches scheduled to start next weekend.

A meeting to discuss this year’s Six Nations, set to begin on February 6, will take place next week.

“This new variant of SARS-CoV-2 has increased transmissibility compared to those currently circulating in France, which then increases the risk of contamination,” the statement said.

“It’s why all travel or holiday to Britain is strongly ill-advised,” it added.

Six fixtures in the Champions and Challenge Cups from earlier in the season have already been cancelled due to coronavirus cases among squads.

ALSO READ: Will the 23-year wait for a north-south Currie Cup final end this year?

After playing games against English sides in December Bayonne and Pau recorded cases of the new variant among their set-ups.

Several recent studies – yet to be peer-reviewed – have concluded that the British variant of the illness is likely to be far more transmissible than other strains.

Much of Britain has been under lockdown since last week in attempt to cut spiralling infection rates and deaths.

A total of 1,325 new deaths within 28 days of a positive test were recorded on Friday – the highest since the first-wave peak in April last year.

On Thursday, the French health ministry reported two clusters of the UK variant affecting a total of 19 people had been detected in a care home in the western French region of Brittany, and in Bagneux, a southern suburb of Paris.

Authorities found no evidence of any contact between one of the infected people in Bagneux and anybody who had travelled from Britain, which the ministry said indicated that the mutant virus is already circulating in France.