Contrary to what anti-doping authorities had hoped for, no big names from the sporting world were revealed during the trial's four months. 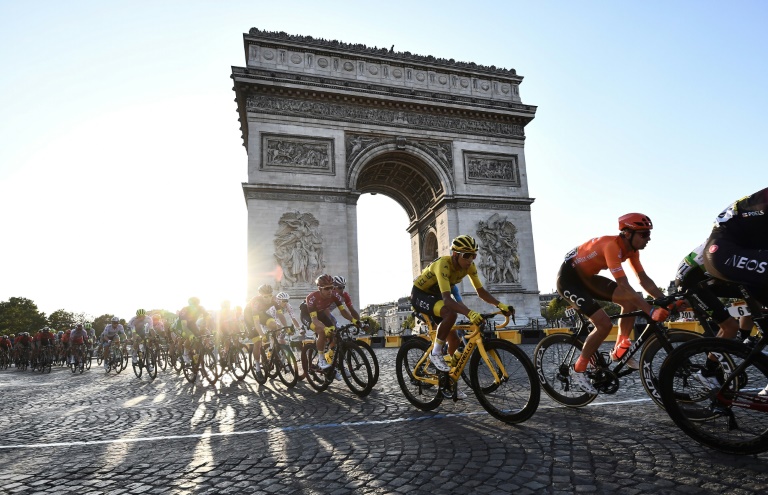 Among the events where Dr Mark Schmidt had been involved was the 2018 Tour de France. Picture: AFP

The German sports doctor at the centre of the “Aderlass” international blood-doping trial was on Friday sentenced to 4 years, 10 months in prison by a court in Munich.

Dr Mark Schmidt, 42, has also received an additional ban from practising medicine for a further three years after masterminding an international blood doping ring between 2012 and 2019.

The Erfurt-based sports physician has been found guilty of 24 counts of using doping methods and two counts of forbidden use of medicinal drugs.

The trial, which started last September, is the first major prosecution under anti-doping legislation introduced in Germany in 2015.

Blood doping is aimed at boosting the red blood cells, which allows the body to transport more oxygen to muscles, increasing stamina and performance.

Two of Schmidt’s four co-defendants were each given suspended sentences of two years, four months and one year, four months.

In court last week, Schmidt expressed remorse, “I took a wrong turn, it’s all my fault,” and regrets involving his four co-defendants: “I am infinitely sorry that I dragged the other four into it”.

He has been in custody since Austrian and German police smashed the bloody doping ring during co-ordinated raids in February 2019, as part of Operation Aderlass – “Blood-letting” in German.

The raids included a swoop on the 2019 Nordic World Skiing Championships in Seefeld, Tirol.

Five athletes and two suspects were detained at the championships, two hours before the start of the men’s 15km cross-country event.

One Austrian athlete was caught undergoing a blood transfusion.

Schmidt was arrested at the same time during raids in Erfurt, central Germany.

Initially, the list of events affected by Schmidt’s blood doping ring was impressive, including competitors at the 2014 and 2018 Winter Olympics, the 2016 Rio de Janeiro summer Olympics and 2018 Tour de France.

On Tuesday, Austrian cyclist Stefan Denifl became the latest athlete jailed due to the smashing of the Aderlass ring, when he received a two-year sentence, 16 months of which will be suspended.

However, contrary to what anti-doping authorities had hoped for, no big names from the sporting world were revealed during the trial’s four months, which was often interrupted due to the coronavirus pandemic.