"Once you have the belief in yourself and in the team that you can win games, these things are achievable." 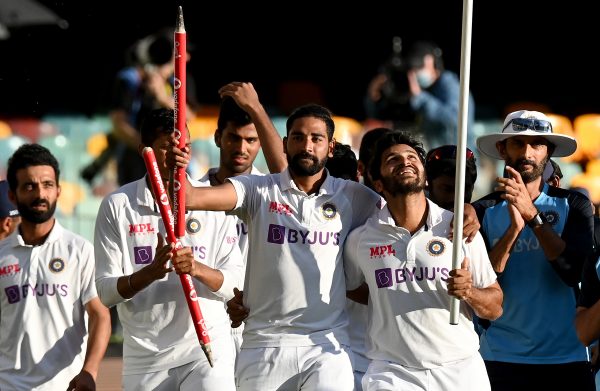 West Indies stand-in captain Jason Mohammed said he will draw inspiration from India’s incredible Test win against Australia when his inexperienced side face Bangladesh in three one-day internationals from Wednesday.

Several top West Indies players, including regular captain Jason Holder refused to go to Bangladesh because of the coronavirus pandemic leaving many to believe that the home side have the edge over the Caribbean stars.

But after Ajinkya Rahane’s injury-hit India shocked Australia by three wickets on Tuesday to win their Test series 2-1, Mohammed said he felt charged up.

“It is something that we will look to,” Mohammed told a virtual press conference ahead of Wednesday’s game in which some West Indians will be making their debut replacing the likes of Holder, Kieran Pollard, Darren Bravo, Sheldon Cottrell, Evin Lewis, Shai Hope, Shimron Hetmyer and Nicholas Pooran.

“Once you have the belief in yourself and in the team that you can win games, these things are achievable. It showed in the India-Australia Tests.

“We have the same mindset, to play some good cricket starting tomorrow, and hopefully results can go on our side as well,” he said.

Tamim Iqbal, who is also new to captaincy having only been named as Bangladesh’s one-day leader in March, said he would concentrate on developing “the Bangladeshi brand of cricket.”

“Every country has its own style of playing cricket. We should not follow another country,” he said.

“Maybe we are not as strong (physically) as West Indies players or well-built like Australians. But we have certain advantages that other teams do not have.”

Bangladesh and West Indies will also play two Tests after the one-day series ends on January 25.