Rahane was India's captain for the three Tests when they fought back from a humiliation in the opening game to win their recent series against Australia. 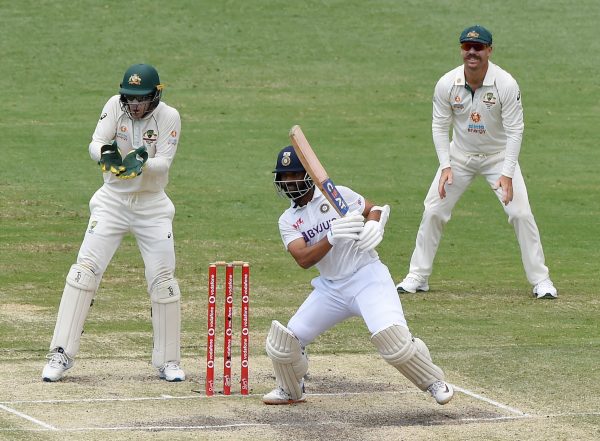 India are “mentally tough” despite the coronavirus pandemic as they prepare to take on England in a Test series starting Friday, vice captain Ajinkya Rahane said.

Rahane, one of the heroes of India’s upset series triumph in Australia last month, also insisted that he was happy to have captain Virat Kohli back in the side.

Most teams have complained about the mental strain of playing bio bubble Tests when they are stuck in hotels and stadiums for months on end since the pandemic erupted a year ago.

But Rahane said India are “not mentally tired at all”.

India-England series are always one of the most watched in cricket but these four games take on particularly importance with a place in the World Test Championship final against New Zealand at stake.

“We are really tough mentally. We are as a unit, we are as a family,” Rahane told a virtual press conference from the team headquarters in Chennai where the first two of the Tests will be played.

Whilst highlighting that India would respect England, particularly after their 2-0 win in Sri Lanka, he said: “We are not at all tired and we are really mentally tough.”

Opponents England, who have just spent one month in Sri Lanka, have been rotating players to avoid coronavirus burnout. Several members of the squad have admitted though having a tough time on repeat tours over the past year.

Rahane was India’s captain for the three Tests when they fought back from a humiliation in the opening game to win the Australia series.

With Kohli returning from paternity leave, Rahane will revert to vice captain though he will be a candidate to take over if there are any slip-ups.

“My job is to take a back seat and try to help Virat,” said the 32-year-old batsman.

“There are too many things in a captain’s mind, so as the vice captain you have to visualise the situation, think about what can happen in the game. If Virat asks you for suggestions you should be ready.”

The England and Wales Cricket Board said in a statement that the 23-year-old, set to bat at number three in the series, hurt himself after a fall at the ground on Tuesday, with the Kent rising star taking no part in Wednesday’s training session.

Crawley had since been sent for scans to determine the extent of the problem.