A day after recording the biggest win of his career - against Dominic Thiem - the South African beat Filip Krajinovic to reach the quarter-finals. 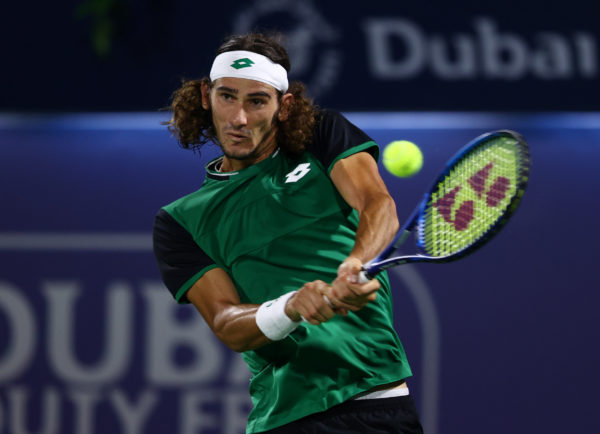 Lloyd Harris has reached the quarter-finals at the Dubai Championships where he will face Japan's Kei Nishikori. Picture: Francois Nel/Getty Images

The 24-year-old Capetonian was a break down in the first set but broke back to force a tie-break, in which he overcame a 3-0 deficit to steal the first set.

The South African was dominant on serve for the remainder of the match, and after breaking Krajinovic in the middle of the second set, he cruised home. Harris serves 13 aces compared to his opponent’s three.

On Tuesday, Harris made headlines when he shocked top seed and world No 4 Dominic Thiem 6-3, 6-4 to claim his first win over a player ranked in the top five of the ATP rankings.

Harris, who had to win two matches in qualifying to reach the Dubai main draw, beat Australian Christopher O’Connell 6-7 (5/7), 6-4, 6-1 in the first round on Monday.

He now faces Nishikori, the current world No 41, for a spot in the last four. The Japanese star is a former US Open finalist and has been ranked as high as No 4 in the world.

It will be Harris and Nishikori’s first meeting on the ATP Tour.