Springboks facing a crisis at lock ahead of Lions tour

Not only are World Cup locks RG Snyman and Lood de Jager out with injuries, Eben Etzebeth has now also been ruled out of action. 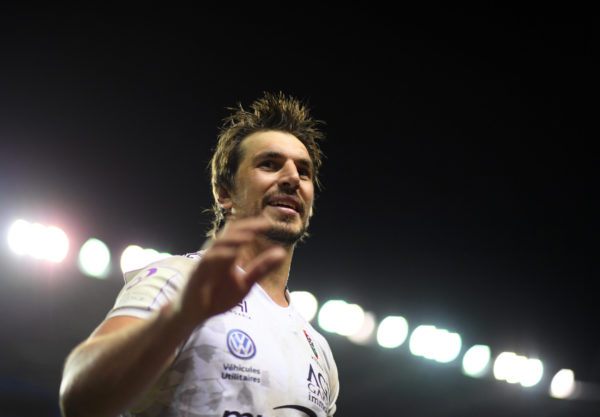 The Springboks’ lock crisis has deepened following the injury of Eben Etzebeth ahead of the visit by the British and Irish Lions in July.

Etzebeth’s finger injury has made him the third of the four locks of the World Cup squad of 2019 to be placed on the injured list.

The former Stormers lock injured his finger, which later required surgery, in training last week and a report from his Toulon club indicated that he will be sidelined for “several weeks”.

Etzebeth’s last game for Toulon was on 27 March, an away game in the Europe Champions Cup against Lyon.

Etzebeth has now joined Sale Sharks lock Lood de Jager and Munster lock RG Snyman as the other World Cup Bok locks out injured. The fourth lock from the 2019 squad, Franco Mostert, plays for the Honda Heat club in the Japan Top League.

De Jager is currently on a three month medical absence following his leg injury, while Snyman could return to non-contact training soon following his nine months out of the game because of a knee injury, picked up on debut for Munster last August.

Although there is still some time to go before the Lions arrive in South Africa and Etzebeth has not been ruled out of the action, the injury to the big No 4 will bring the backup middle row men into the spotlight.

Bok director of rugby Rassie Erasmus and head coach Jacques Nienaber will now perhaps have a closer look at men like former Bulls lock Jason Jenkins who has joined Munster as well as former Stormers lock and flank Cobus Wiese who is turning out for Sale.

Also, perhaps Lions veteran Willem Alberts will come into the picture, as will the Stormers duo of Salmaan Moerat and JD Shickerling and the Sharks trio of Ruben van Heerden, JJ van der Mescht and Hyron Andrews.

Pieter-Steph du Toit could also be an option in an emergency, but it’s unlikely Erasmus will move him away from his No 7 position where he has become a world star.

Faf on yellow card against Wallabies: 'I'd do the same thing again'
20 hours ago
20 hours ago

Faf on yellow card against Wallabies: 'I'd do the same thing again'
20 hours ago
20 hours ago