It now appears as if "Two Guns" and his handlers have abandoned plans to move up to the barely-recognised WBC bridgerweight class. 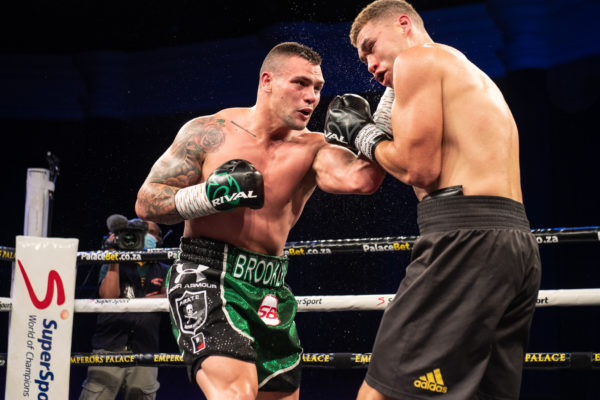 In what will be the biggest step-up in class of his career, the popular South African (26-1-13 knockouts), who has turned 29, is set to face the World Boxing Association (WBA) interim world champion Ryad Merhy (29-1-24 ko’s) in Brussels, Belgium, on 17 July.

Lerena’s IBO strap, which he has held since 2017, will also be on the line in a tournament to be co-promoted by Golden Gloves and DiBella Entertainment.

It now appears as if highly-rated Lerena and his handlers have finally abandoned plans to move up to the barely-recognised WBC bridgerweight class and take his career as a cruiserweight to the next level.

“I’m in my prime now and always set myself a goal to be the best in the cruiserweight division and this is a step in the right direction,” Lerena told the Golden Gloves website.

“The cruiserweight division is alive. Bridger is a new division but is unfortunately not getting the same hype as the cruisers. I have worked hard as a cruiser and there are some very big fights (unification) to be had there.”

There are also a good deal of money-spinning unification options at cruiserweight.

South African Thabiso Mchunu, trained by Sean Smith, also threw his name into the mix by capturing the WBC’s silver title against Evgeny Tishchenko in Russia in March.

Boxing pundits and fans alike have been baying for Lerena to prove his pedigree in the talent-laden division and have questioned the quality of his opponents, particularly in his last three outings.

Last active in December, the man many fans also call “The KO Kid”, barely had a glove laid on him in a fifth-round technical knockout victory over the American Patrick Ferguson.

Prior to that, he completely outclassed German veteran Firat Arslan and the Swiss-based Macedonian, Sefer Sefiri, easily dispatching both in six and three rounds respectively.

The big-punching Merhy has barely ventured out of his home country and last fought in October 2019 when he captured the very WBA interim world title belt up for grabs via a seventh round knockout against the unbeaten Hungarian Imre Szello.

He also had an unsuccessful crack at the same interim title in 2018 against the Frenchman Goulanmirian (26-0), who is now the WBA (super) cruiserweight kingpin.

“The limited depth in the bridger class wasn’t going to do us any justice. At this point it is a better option to rather build towards dominating the cruiserweight division, then perhaps consider moving up,” commented Lerena’s trainer Peter Smith.