Whatever happened to Lions and Bok flank Jaco Kriel?

The explosive flanker was once one of the most-talked about players in South Africa but since his return from England he's been missing in action. 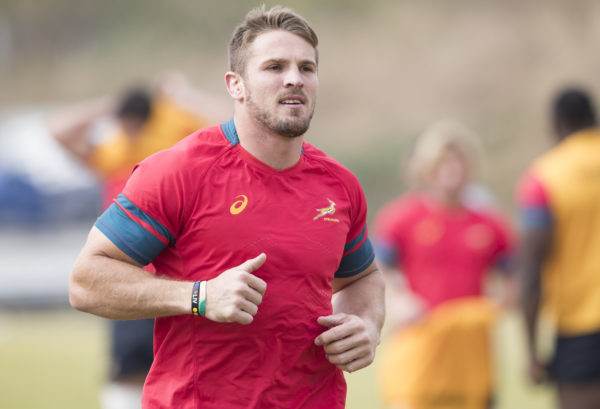 Jaco Kriel 's career has stalled since leaving the Lions for Gloucester a few years ago. Picture: Dirk Kotze/Gallo Images

The rise and fall of the Lions’ lively Springbok flanker Jaco Kriel is probably one of the most intriguing and puzzling tales of South African rugby.

The 31-year-old Standerton-born Kriel was one of the most talked-about players in South African rugby when he rose to stardom, and was at his most prominent best, between 2015 and 2017.

These days however his name doesn’t even come up when discussions are had about Springbok selections. In fact, so absent has Kriel been of late that fans have probably forgotten he’s even part of the current squad.

Having played 44 games in the Currie Cup and 69 in Super Rugby for the Lions, Kriel joined Gloucester in England three years ago, but returned not long after and added much needed experience to a Lions team that was, and in many instances still is, in transition.

Sadly though Kriel has not reached the explosive level of play that everyone got to know him for while several different injuries have set him back.

Here then is a brief look at how Kriel’s career has played itself out:

2011: Kriel made his debut for the Lions at both Currie Cup and Super Rugby levels at the age of just 21. Despite initially having had to play in the shadows of the likes of Derick Minnie and Baywatch Grobbelaar, a huge future was already predicted for the youngster back then. A young Jaco Kriel of the Lions playing against the Southern Kings in a Super Rugby warm-up match in 2011. Picture: Mike Sheehan / Gallo Images/Getty Images

2015: It was probably the most rewarding year for the then 25-year-old Kriel. Named as team captain in place of the injured Warren Whiteley, Kriel lead the Lions to an unbeaten Currie Cup winning campaign, beating Western Province in the final at Ellis Park.

2016-2018: In what was regarded as the golden era for the Lions the team reached three consecutive Super Rugby finals, with Kriel playing a leading role. Although the Lions didn’t manage to win any of them they played some great rugby, beating the likes of the Crusaders, Hurricanes and Highlanders in playoff matches at Ellis Park. In 2016 Kriel also became a Bok for the first time and featured in 11 Test matches.

2018-2020: At the end of 2018 Kriel decided to follow the likes of flank Ruan Ackermann and prop Ruan Dreyer to Gloucester where former Lions coach Johan Ackermann was in charge. Sadly Kriel was troubled with ankle injuries and only played in 20 matches in his two-year stay at the England club. Jaco Kriel made only a handful of appearances for Gloucester before returning to South Africa. Picture: David Rogers/Getty Images

At the beginning of 2020 Kriel decided to head back home to rejoin the Lions citing family reasons as the main contributing factors.

However, after just a handful of matches Kriel was struck down again by an ankle problem and forced to undergo further surgery. He has not played any rugby in months and is expected back in June, if all goes well. In their weekly injury report, the Lions said this week Kriel was “busy with recovery”.