“The Lions have a well-balanced squad which can play both types of rugby, so that means we will have to be adaptable and solutions-driven during the match." 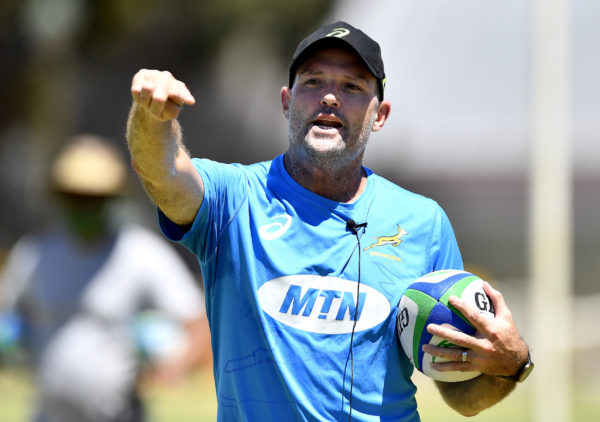 For the Springboks to remain a top-class side, they have to be a flexible team with a capacity for thinking on their feet, coach Jacques Nienaber said on Friday as he outlined his vision ahead of his first assignments in charge against Georgia and the British and Irish Lions.

The world champions have not been in action since winning the World Cup in November 2019 meaning Nienaber, who was appointed as the successor to Rassie Erasmus in January last year, will oversee the Springboks for the first time when they warm up for the Lions series with two Tests against Georgia on July 2 and 9.

But with Erasmus, now the director of rugby, saying winning the series against the Lions will be like winning the World Cup, the focus is firmly on those three Tests between July 24 and August 7.

“The Lions have a well-balanced squad which can play both types of rugby, so that means we will have to be adaptable and solutions-driven during the match, and that’s how we are trying to coach,” Nienaber said on Friday.

“At the World Cup, during the knockout rounds, we had to play a certain style of rugby against Japan, moving them from side-to-side. It was about breaking down their style and imposing ours.

“Against Wales it was the complete opposite and then England posed something completely different in the final, too. Part of the alignment camps has been about telling the players which are the critical areas of play that we need to get up to the required standard. We’ve been drip-feeding them bits of the game-plan as well.”

ALSO READ: ‘Even with no crowds, Lions series will be like World Cup final’

While a series of such importance as the Lions playing the world champions is unlikely to produce sexy rugby, Erasmus said he does believe the tourists will have the ability to play quite expansively and at a high tempo.

“The players they have chosen won’t have any influence on our selection coming up next weekend, but if you look at the Lions squad, it’s fairly evenly spread between the four countries,” Erasmus said.

“Scotland have provided the most backline players, and Gregor Townsend (Scotland head coach) is the attack coach, while there are only three England backs. But the forwards are mostly from England and Wales.

“Most of the coaching staff have also worked with (head coach) Warren Gatland before, Townsend is the only guy who hasn’t.

“I think they’re going to bring a mix, it won’t be like playing against Wales where whoever grinds the hardest wins. They have a fast, quick pack, just looking at their mobile props and if someone like Courtney Lawes plays at lock.”

Erasmus and Nienaber will name the 45-man Bok squad for the Lions series next Saturday.