Cheslin Kolbe, Damian de Allende, and all four of the World Cup locks, should be included, while there are likely to be a few new faces too, in the squad. 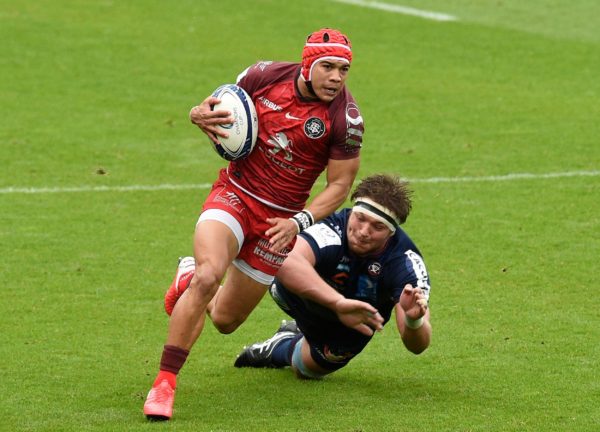 Toulouse star Cheslin Kolbe is set to be among the overseas contingent included in the Springbok squad for the Lions series. Picture: Getty Images

Star wing Cheslin Kolbe is expected to head the impressive list of overseas players set to be included in the Springbok squad this weekend.

SA Director of Rugby Rassie Erasmus and Bok coach Jacques Nienaber will name a 45-man squad on Saturday for the mid-year Tests and the expected large contingent of overseas-based players could form the backbone of the squad.

The number of overseas players is expected to include at least 10 who ply their trade abroad but the number could be much larger depending on the needs of the Bok brains trust.

Kolbe, who has been in great form for his French club Toulouse, is regarded nowadays as one of the most influential players in world rugby.

Having scored the Boks’ final try in the World Cup final win of 2019, Kolbe is expected to play a major role in the Test series against the British and Irish Lions.

An exciting addition is set to be the uncapped No 8 star from Leicester Tigers Jasper Wiese, as well as the two loose-forward twins from Sale Sharks, Jean-Luc and Dan du Preez.

ALSO READ: Is Jasper Wiese going to be one of the surprise Bok picks?

There is, however, still major uncertainty over De Jager and Snyman, who both suffered long-term knee injuries last year and their inclusion remains in the balance.

At fullback the experienced 31-year-old Le Roux remains the incumbent, but Nienaber and Erasmus are also expected to spread their net wider.

While the veteran Frans Steyn of the Cheetahs remains a solid backup, the Bok coaches could also look at somebody like the Montpellier star Johan Goosen.

Goosen, who currently plays at centre but is very experienced at fullback and flyhalf, is set to join the Bulls on 1 July and that could further count in his favour.

At scrumhalf the exciting De Klerk remains the popular choice of the Bok coaches, but they might also have a look at Cobus Reinach who has been in great form for Montpellier where he plays with Pollard and that could count in his favour.

Talking of Pollard, who returned recently after a knee injury, is set to remain the Boks’ first choice, but Erasmus is known to have a soft spot for the experienced Elton Jantjies.

After Jantjies enjoyed a short spell as a medical joker with French club Pau, he is now set to join the Docomo Red Hurricanes in Japan.

That move could only count in his favour where he is set to reunite with former Lions coaches Johan Ackermann and Neil de Bruin.

The overseas options for the Bok coaches are endless; they now need to only select wisely.