‘We’ve got to bounce back’: White wants Bulls to show no fear

There are only a handful of Bulls players taking on the Pumas who did not play against Benetton. 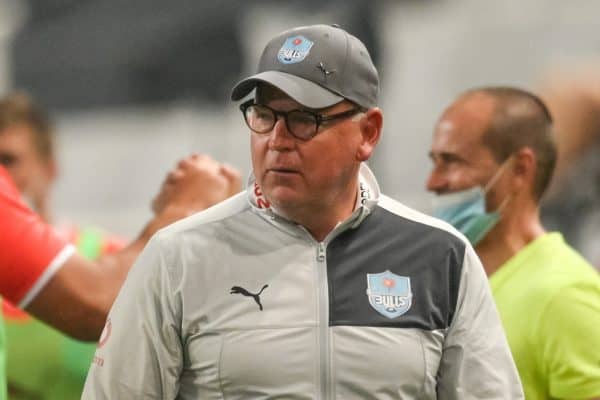 Bulls coach Jake White is not one to massage the egos of his players, but he said on Thursday that he hoped their “embarrassing” defeat in the Rainbow Cup final does not make them fearful and he wants them to go out and have a go when they return to action with a Currie Cup match against the Pumas at Loftus Versfeld on Friday night.

The Bulls were hammered 35-8 by Benetton Treviso in Italy last week, leaving them shellshocked.

White, however, is hoping they will not be “gun-shy” against a fired-up Pumas side that never stands back, especially after the confidence their opponents gained from their bonus-point win over the Lions.

There are only a handful of Bulls players taking on their neighbours on Friday night who did not play in the Benetton ambush.

“There could be that fear factor. The guys could go into their shell because of the damage done last weekend, which would not be good,” White said.

“We’ve got to bounce back. We are still one of the top sides in South Africa, the Currie Cup champions, and there’s massive motivation.

“But the true test will come when the guys run on the field. I’m hoping what we learnt about intensity in Italy is taken a step up.”

White said his search for something to “spark” the team was behind the selection of veteran Gio Aplon at starting fullback and the call-up of new signing Harold Vorster, the powerful former Lions star who has the chance to nail down the No 13 jersey. “Gio is unbelievably important to us,” White said.

“After seven months out with a knee injury he made a great try-saving tackle against the Sharks and he had three or four phenomenal touches in last week’s final. And that’s not mentioning how much work he puts into the wings, Madosh Tambwe and Stravino Jacobs. It’s like having a senior coach out there.

“Harold was phenomenal for the Lions and hopefully he and Gio can spark something because we were flat last week, a bit reluctant to play.

“They are experienced and hopefully they will have a go because they don’t feel as much pressure.”

Currie Cup final: White all fired-up for Sharks dogfight
3 weeks ago
3 weeks ago

Currie Cup final: White all fired-up for Sharks dogfight
3 weeks ago
3 weeks ago