Proteas star Shamsi reveals secret to staying ‘a step ahead’

"I firmly believe our bowling unit is up there with the best," said the spinner following his excellent bowling displays against the West Indies. 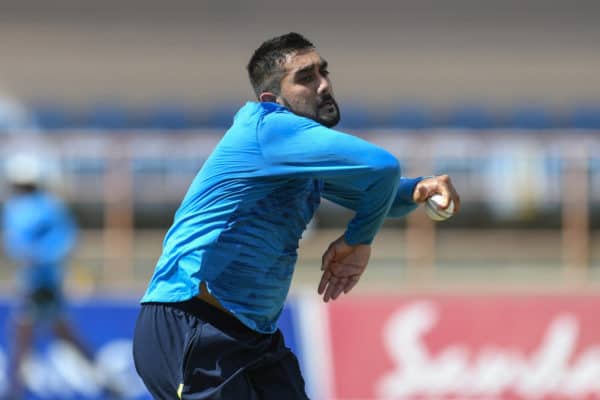 Ace South Africa spinner Tabraiz Shamsi does not believe the Proteas bowling attack are forgoing skill in T20 cricket and the improvement they have shown in their fixtures in the West Indies, winning the last two games for a 2-1 lead in the five-match series, certainly bears him out.

Shamsi, the No 1 ranked bowler in international T20 cricket, has spearheaded South Africa’s comeback after a mauling in the first match, and has taken four for 56 in his 12 overs in the series. He was man of the match in Tuesday night’s encounter as he took two for 13 in four phenomenal overs, as the Proteas just managed to defend 168 in Grenada.

Left-arm orthodox spinner George Linde was man of the match in the second T20 and South Africa’s pacemen have steadily improved as they have found a fuller length, with Anrich Nortje particularly impressive and Kagiso Rabada holding his nerve in the last game as he defended 15 in the final over.

“We’re still learning as a team because we don’t have much experience together as a unit,” Shamsi said. “But the skills are not missing, I firmly believe our bowling unit is up there with the best. The same with our batting, they just need to get into their rhythm. I think the batting has been quite good in the last two games.

“The way we’ve bounced back with the ball though against the West Indies batsmen is very pleasing, they’re hitting sixes but we’ve seen a big improvement in how we are nailing the execution from our analysis. In that first game, I think the rain kept juicing the pitch up which allowed the ball to skid on nicely for the batsmen.”

While Shamsi sticks to the Proteas’ hymn sheet with his chorale of “just trying to land the ball in the right areas”, there is no doubt the 31-year-old is reaping the benefits of detailed analysis of the individual West Indies batsmen and his feistiness that suggests he is a fast bowler trapped in a spinner’s body.

“I like to do a lot of homework, I’ve always spent a lot of time on analysis,” Shamsi said. “I go back to the videos to see how they play me and I ask myself ‘did I bowl well then?’

“I always just try to stay a step ahead with my game. But T20 cricket is a different beast, the West Indies are a very strong team, they basically play T20 for a living, and I might go for 60 in the next game.

“We can’t take them lightly given the amount of experience they have, their four most capped players probably have more runs and wickets together than the whole of our team. But it’s all about preparation for us.”

South Africa can win the series with victory in the fourth T20 in Grenada on Thursday.