For keeping the side together through a tricky series with an unsettled team, Bavuma’s leadership deserves high praise. 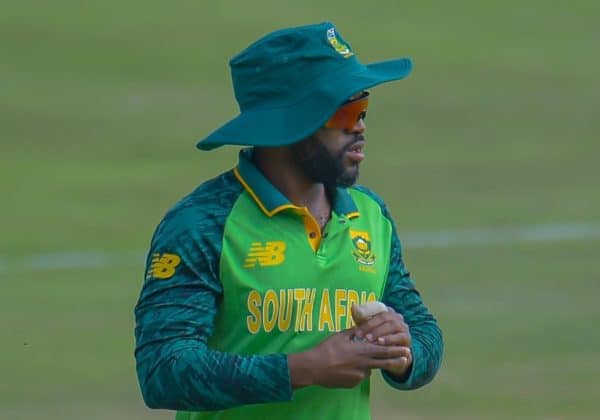 There always seem to be whispers about Temba Bavuma’s place in the Proteas side for whatever format, but notwithstanding the questions over his role in T20 cricket, coach Mark Boucher gave his captaincy a ringing endorsement after he led them to victory in the West Indies in his first assignment in charge.

Bavuma’s one innings of note in the Caribbean came in the second T20 when he top-scored with 46 off 33 balls, batting at number three, as South Africa bounced back superbly from a mauling in the first game.

But Bavuma ended the series with just 76 runs in five innings at a strike-rate of 108.57, opening the batting in the final match, which is where he said he envisages himself batting in future.

For keeping the side together through the ups and downs of a tricky series with an unsettled team, however, Bavuma’s leadership deserves high praise.

“If you look at the bowling this series it was fantastic, give or take one or two bad overs here and there. The way he managed his bowlers when it was really tough up front was impressive.

“There were a couple of gambles that didn’t pay off but that’s always going to happen in T20 cricket. I thought he led beautifully.”

Bavuma himself acknowledged that he was still trying to make his own way in international T20 cricket, having played only eight games before this series, while having the added responsibility of being captain.

“The execution of your plans is always put under pressure in T20 and I just tried to keep the guys calm. That was my biggest responsibility,” Bavuma said.

“I take it as a journey. I’ve been given the responsibility early in my T20 career and I’m still trying to grow as a player, while leading and inspiring the other players as well. I’m just trying to get better and better.”

Bavuma’s stern visage on the field suggests he is not one to pamper his players and, although delighted with a series win at the first go, he is looking for further improvement.

“The win is a step in the right direction. The challenge now is to get better and better,” he said.

“We have to keep an eye on what is ahead and we had to find the balance around wanting to win the series but also seeing guys perform in certain roles ahead of the World Cup. I think we’ve done that and we’ll take a lot of confidence and clarity from winning against a top-quality West Indies outfit.”

'We need to throw the first punch,' says Bavuma about T20 opener
2 days ago
2 days ago

'We need to throw the first punch,' says Bavuma about T20 opener
2 days ago
2 days ago