The SA A team features a dozen players who competed in the 2019 World Cup final. 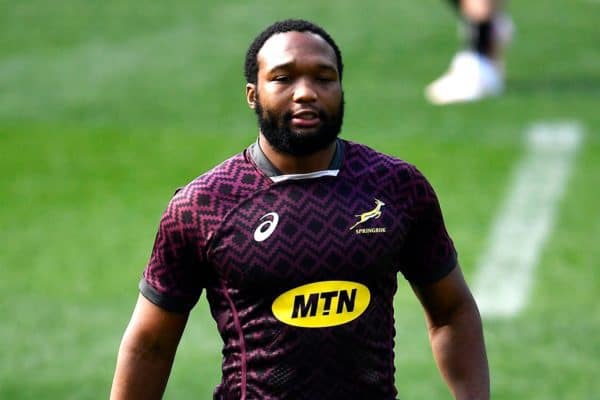 The SA A team will be lead by World Cup winner Lukhanyo Am on Wednesday evening. Picture: David Rogers/ Getty Images

Some observers may be wondering why the SA A team to take on the British and Irish Lions in Cape Town on Wednesday night is basically a shadow Springbok Test side – and the reason is simple: every opportunity for the national team to play together is like gold at the moment.

The Springboks have played only one Test against Georgia in the 20 months since winning the 2019 World Cup and even that game only really shook off the rust. The world champions are still a long way off the tight, clinical unit that triumphed in Japan.

With the second Test against Georgia cancelled, the SA A match is the last opportunity to warm up before the first Test against the Lions on July 24, which is why director of rugby Rassie Erasmus named a team with a dozen players who featured in the World Cup final.

The vast majority of the 23-man squad is expected to line up for the first Test against the tourists.

“We are working towards the first Test. The guys need playing opportunities, they need to get game time,” assistant coach Mzwandile Stick said on Tuesday.

“We have been struggling for that opportunity. The biggest goal is always that first Test and we need the World Cup guys to get good minutes under their belt, especially guys like Lukhanyo Am and Faf de Klerk, who did not play against Georgia.

ALSO READ: Boks could be without captain Kolisi for first Lions Test

“We are not where we were at the 2019 World Cup final and we will appreciate any opportunity for any practice game.”

While the Springboks have been making sure they train with Test match intensity, it’s the match fitness – the big collisions against opponents who really want to smash you rather than your team-mates; the collisions that cause the bruises that these players wear with honour like the finest jewellery – that needs to be sharpened.

“We will see how we are placed on the physical side tomorrow,” said captain Am.