Rennie has selected a youthful side, with eight of the 15 having played 10 or fewer Tests. 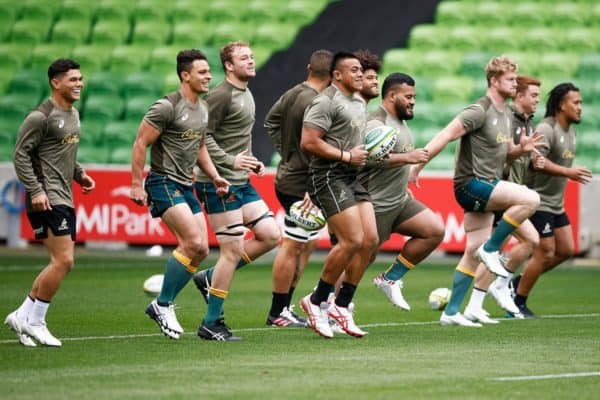 Australia coach Dave Rennie made eight changes Thursday to his starting line-up for the third Test against France, confident the new-look team can clinch the decider.

The bruising series is finely poised after two close games went to the wire, with the Wallabies edging the first in Brisbane 23-21 before a gutsy France bounced back at Melbourne 28-26.

Having stuck with the same 23 for those two clashes over just six days, Rennie was faced with either putting out a first-choice team again or resting some tired players.

He chose the latter, opting to give others a chance to impress at Brisbane’s Suncorp Stadium on Saturday ahead of the upcoming Rugby Championship, where New Zealand, South Africa and Argentina await.

ALSO READ: All Blacks harden up for physical battle against Fiji

Rennie had hinted at changes in the aftermath of Melbourne, saying new faces would be “fresh and full of beans”.

“We always knew with the scheduling of the series against a tough French side, that it would require a full squad effort and we’re going to see that on Saturday night,” he said.

“We were disappointed with the result in Melbourne and we’ll be out to rectify that with more accuracy and composure in key moments at Suncorp Stadium.

“As always, we’ve picked a team that has earned the right to wear the gold jersey and we’re confident they’ll get the job done in Brisbane.”

He selected a youthful side, with eight of the 15 playing 10 or fewer Tests.

Veteran loosehead prop James Slipper lines up for his 103rd Test alongside Brandon Paenga-Amosa in the front row, the same combination used in all three games, with Allan Alaalatoa recalled at tighthead prop.

Swain will partner Lukhan Salakaia-Loto in the second row, while Isi Naisarani begins at No.8 for the first time since the 2019 World Cup quarter-finals, combining with workhorse skipper Michael Hooper and Swinton.

Scrum-half McDermott takes over from Jake Gordon to partner kicking machine Noah Lolesio in the halves, with Ikitau and Hunter Paisami forming the centre pairing.

Filipo Daugunu and the ever-dangerous Marika Koroibete add speed on the wings with Tom Banks at fullback once again.

While five of the starters from Tuesday are on the bench, winger Tom Wright and No.8 Harry Wilson have been dropped from the 23 altogether. 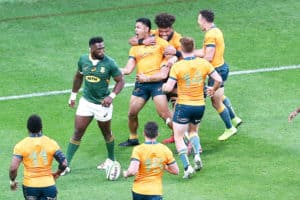 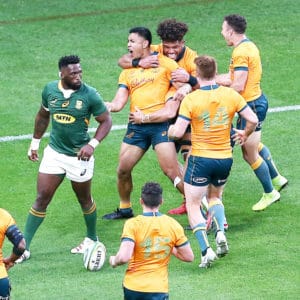 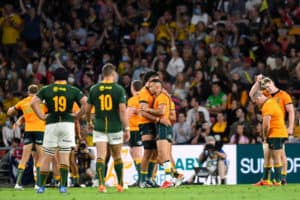 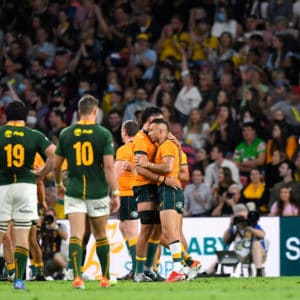