"It's definitely my last Paralympic Games, so I'm quite emotional about it, and it has been special just to take everything in." 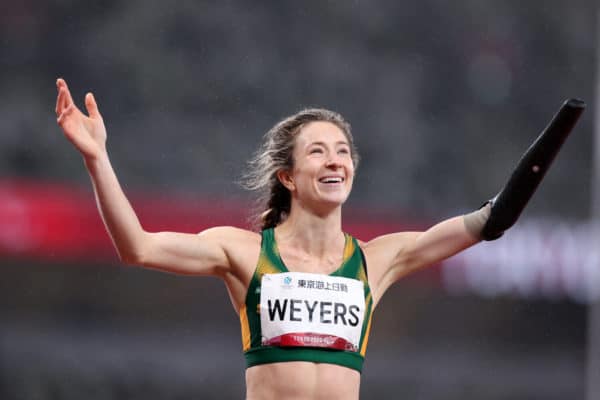 South Africa's Anrune Weyers reacts after competing in the women's 200m - T47 final in Tokyo on Saturday - her final event before bowing out of competition. Picture: Alex Pantling/Getty Images

Though a number of athletes put up a fight on Saturday, the SA team were unable to add to their medal tally on the penultimate day of the Tokyo Paralympic Games.

After winning the 400m event in her class earlier in the week, sprinter Anrune Weyers took fourth place in the women’s T47 200m final in 25.51 seconds.

“It’s definitely my last Paralympic Games, so I’m quite emotional about it, and it has been special just to take everything in.”

Earlier, in the heats, Mhlongo had clocked 22.81 to break the T44 world record.

“I’m proud of myself, my team and my sponsors who have backed me.

In other events, 50-year-old Zanele Situ flaunted her longevity by taking fifth position in the women’s F54 javelin throw final.

Tyrone Pillay finished eighth in the men’s F63 shot put with a best heave of 11.94m.

After 11 days of competition at the Tokyo Games, the SA team were lying 33rd in the overall table with six medals (four gold, one silver and one bronze).