At this stage, two major events, the United Rugby Championship and the Joburg Open, are affected. 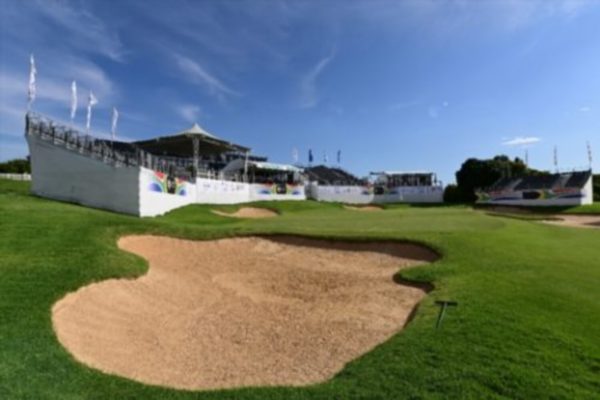 The Joburg Open that is taking place at Randpark Golf Club has been hit by British players withdrawing from the event. Picture: Gallo Images

Sports events in South Africa were thrown into turmoil on Friday following the announcement by the British government on Thursday that South Africa had returned to the ‘red list’ following the discovery of a new strain of coronavirus in the country.

Two Welsh rugby teams, Cardiff and the Scarlets, announced that they were withdrawing from scheduled fixtures in the United Rugby Championship and were making plans to return home as soon as possible.

Sixteen British players withdrew after the first round of the Joburg Open golf tournament, the first event of the new DP World Tour, and were expected to fly back to Britain to avoid having to spend a mandatory two weeks in quarantine.

The quarantine requirement comes into effect on Sunday.

The Scarlets were due to play the Sharks in Durban on Saturday and Cardiff were scheduled to meet the Lions in Johannesburg on Sunday.

Irish team Munster and Italy’s Zebre were also in South Africa for Saturday matches against the Bulls and Stormers respectively.

There was no immediate word on whether the Munster and Zebre games would go ahead. Munster issued a statement saying their players were “safe and well” in Pretoria. The club said it was working with championship organisers and would provide an update later.

A spokesman for the Sunshine Tour, which co-sanctions the South African leg of the World Tour, said officials of the two bodies were meeting to discuss the latest developments and expected to issue a statement later on Friday.

Two further tournaments, the South African Open and the Alfred Dunhill Championships, are scheduled in South Africa over the next two weeks and the spokesman said at this stage the tournaments were due to go ahead.

The South African cricket team played a one-day international against the Netherlands in Centurion on Friday but according to the Espncricinfo website it had not yet been decided whether two further fixtures in the series would be played.