Mark Boucher: Another ‘victim’ of SA’s racist past?

The way it was entrenched in our society, institutionalised racism was previously inescapable. 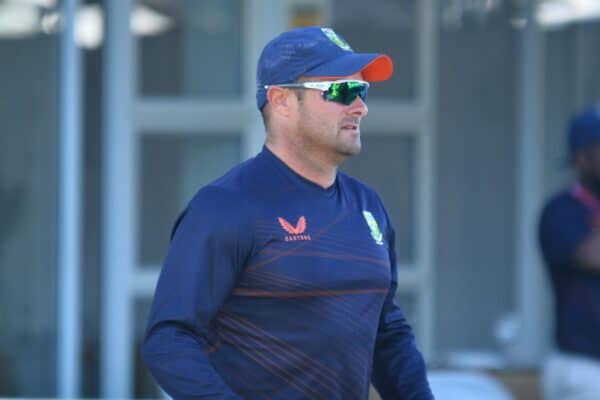 And as much criticism as ‘cancel culture’ gets, it’s not a bad thing that we’re calling people out when they discriminate against others. The problem, however, is when we hold people accountable, based on current principles, for things they did in the past.

Proteas coach Mark Boucher clearly doesn’t hate black people, but racism has more to do with respect than hate.
So is Boucher racist? Maybe. I don’t know him well enough to answer that.

But has Boucher been a victim of a former society which indoctrinated white people into a false sense of superiority? Definitely.

If you’re a white South African over the age of 30, and you believe you have never thought or said anything racist, you’re wrong. The way it was entrenched in our society, and considering the amount of propaganda that was forced on us, institutionalised racism was inescapable.

The mindset we previously had as a nation, however, is not the same as the mindset we share now. And pointing fingers at people who said things in a completely different environment is a little unfair.

What was considered acceptable in the 1990s might be inexcusable now, because we’ve talked to each other, we’ve learned to respect different cultures, and we’ve grown together.

Is it worth having a discussion about the racism that previously existed in the game of cricket? Probably, but it has to be done with the understanding that we live in a different world now.

Whatever was said in the past cannot be judged by present standards, and if we accuse someone of being racist for something that was said decades ago, we’re suggesting that people cannot learn or grow. And we know this isn’t true.

Racism should never have been acceptable. Unfortunately, we lived in a country where it was, for a very long time.

Fortunately, it is no longer accepted, and if there is racism within the game of cricket now, it should be dealt with swiftly and harshly.

But it is going to get us nowhere if we keep digging into our past to raise issues with how we behaved when our society was far more segregated.

Boucher must now defend himself for allegedly saying things in an environment which was so different, he won’t even be able to put himself in his own shoes to understand the way he was thinking at the time.

If Boucher has learned and grown, and changed his mindset over the last couple of decades, then what more can we have asked of him? That’s all we can ask of anyone.