Choking up with tears, Nel was given an ovation by the crowd before joining her opponents in a huddle and a group wave. 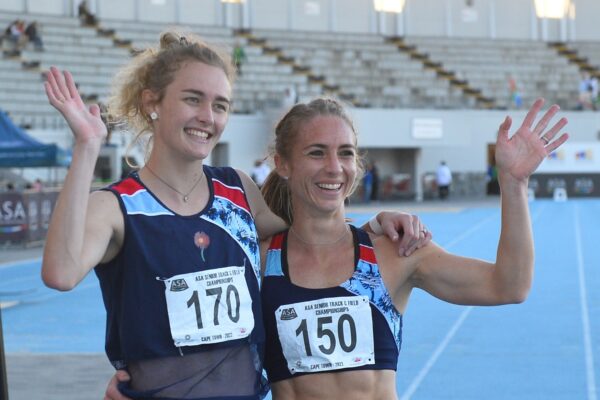 Though she didn’t win gold, Wenda Nel’s emotional farewell was perhaps the highlight of a relatively tame edition of the SA Senior Track and Field Championships, which came to a close on Saturday after three days of competition at Green Point Stadium.

No records fell and the results at the 2022 domestic showpiece won’t be remembered as anything spectacular, with athletes having to negotiate cold and windy conditions.

Instead, it will always be recalled as Nel’s swansong.

The 33-year-old Commonwealth Games bronze medallist, who had previously confirmed she would retire at the end of the season, was aiming for her 10th national 400m hurdles title in her final appearance at the SA championships.

And while she was denied by 21-year-old former world junior champion Zeney van der Walt, who won in 55.75 seconds (0.33 ahead of Nel in second place), it was the reaction in the stadium after the race that will go down in the history books.

Choking up with tears, Nel was given an ovation by the crowd before joining her opponents in a huddle and a group wave.

“It’s a bitter-sweet feeling. I wanted the 10th title but I knew it would be a tough one,” said Nel, who was still in tears when she addressed the media.

“I fought to the line. Well done to Zeney for winning the race.”

Van der Walt looked set to take the baton from her experienced compatriot, as she prepared to carry the next generation of South African one-lap hurdlers including the likes of talented athletes Taylon Bieldt and Gezelle Magerman.

“It was an honour to race against such incredible ladies, especially Wenda,” Van der Walt said after securing the national title.

Meanwhile, race walker Wayne Snyman also bid farewell to local fans, earning his sixth SA title over the 20km distance ahead of his last international season before he too brings a close to his career.

“We expected it to be cold but it was a perfect day for race walking,” said 37-year-old Snyman, who won his event convincingly in 1:28:46, with clear conditions giving him a break in Saturday’s morning session.

“This was my last national championship and it was a great competition. I really enjoyed myself.”