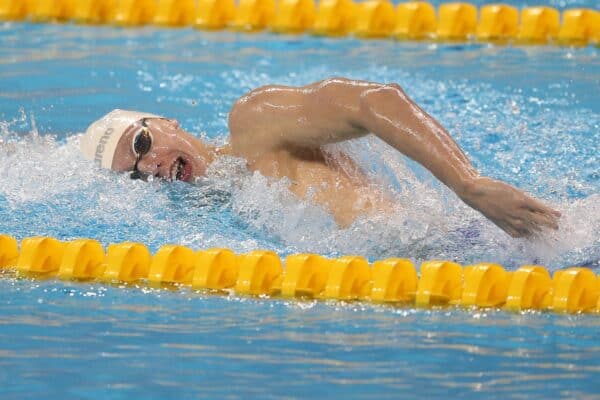 Though he missed out on a podium place, teenager Matthew Sates delivered the best result thus far for the SA team, taking eighth place in the men’s 200m medley event at the Fina World Championships in Budapest on Wednesday night.

The youngest man in the line-up, Sates touched the wall in 1:58.27, well off the pace of French gold medallist Leon Marchand, who won the race in 1:55.22.

Sates, a semi-finalist at last year’s Tokyo Olympics, picked up a cold on the eve of the World Championships, but he managed to shake it off to become the first South African to reach a final in the Hungarian capital, after five days of competition in the pool.

“He definitely is not where he was two weeks ago, but he is getting stronger after those five days of antibiotics,” Sates’ coach, Wayne Riddin, told Swimming South Africa.

“I keep reminding him that the focus is Birmingham (Commonwealth Games in August).”

It was the first time Le Clos failed to reach the podium at the World Championships since 2011.

“The former Olympic champion has headed to the UK and hopes to be fully recovered in time for the Commonwealth Games in Birmingham next month,” SSA revealed.