Semenya criticised World Athletics for what she felt was a lack of evidence in its stance against DSD athletes. 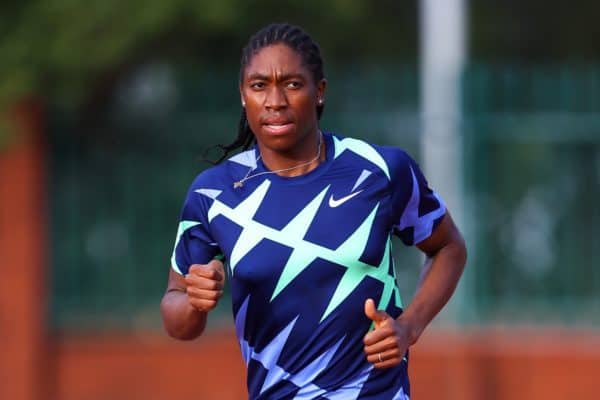 Still locked out of her specialist middle-distance events, as she continues to fight World Athletics rules in court, Caster Semenya has slammed global officials, calling for the sport’s leaders to be replaced.

Suspended multiple times during her career, Semenya is currently sidelined from racing over distances between 400m and 1 500m without taking hormone suppressants, and she missed out on the latest edition of the World Championships in Doha and the recent Olympic Games in Tokyo.

Her appeals in court had been unsuccessful thus far, and she lashed out on Friday at administrators who had pushed to restrict athletes with differences of sexual development (DSD).

Though she did not point fingers at anyone in particular, World Athletics president Sebastian Coe had repeatedly claimed that DSD athletes with higher levels of natural testosterone held an unfair advantage over other women.

“They should be building the sport, not destroying it,” Semenya said. “Those people should not be in those chairs.”

ALSO READ: SAHRC goes to bat for Caster Semenya in her fight against eligibility rules

It was revealed last month that a correction had been made by the British Journal of Sports Medicine, which published the original evidence used by World Athletics to defend its decision to ban DSD athletes, with two scientists who were involved in the study admitting there was “no confirmatory evidence for causality” in the observed relationships between high levels of testosterone in female athletes and a “significant competitive advantage” in certain events.

Semenya criticised the global body for what she felt was a lack of evidence in its stance against DSD athletes.

“It’s quite disappointing and it shows people will go to any extent to destroy one’s career. I’ve always known their studies were flawed,” the two-time Olympic 800m champion said on the sidelines of the Spar Grand Prix 10km race in Centurion, where she received a donation of 6 000 packs of sanitary products for her foundation which assists girls in impoverished areas.

Having filed her latest appeal at the European Court of Human Rights in February, 30-year-old Semenya said she would continue to contest the rules in an attempt to clear the way for younger DSD athletes.

“I’m hoping my human rights will be recognised and justice will be served,” she said.

“It doesn’t matter to me – I’ve achieved everything I ever wanted – but I want to inspire the youth and I want to help these other girls be able to run again.”