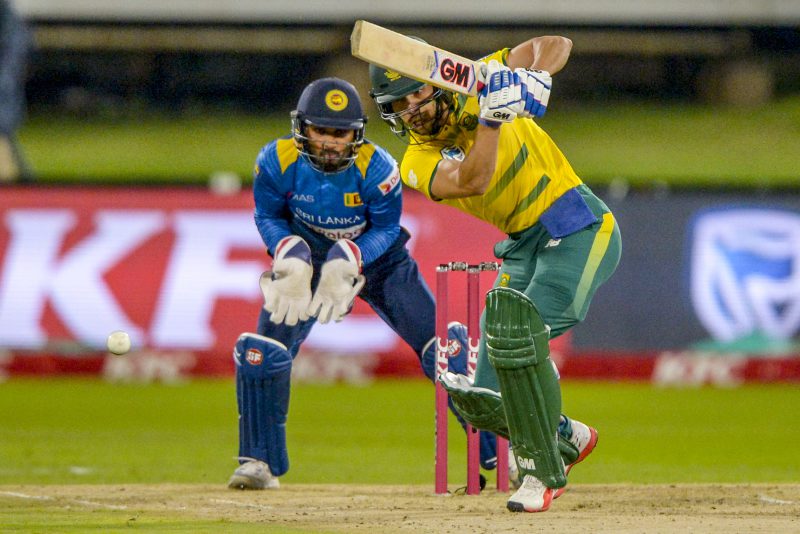 The Proteas’ new-look T20 side got off to a winning start against Sri Lanka on Friday night in the first of three matches.

Yet it’s difficult to gauge what the respective sides will take out of this 19-run victory for the home side.

A late afternoon shower meant the match was reduced to 10 overs per side, rendering the game a glorified hit-out.

Is this really what modern cricket has become?

South Africa, predictably, played with the type of freedom that comes against battered opponents.

Debutant Theunis de Bruyn notably hit a magnificent flicked six in a breezy 19 but it was the “veterans”, captain Farhaan Behardien and David Miller, that set up the Proteas’ platform.

Miller recovered from a sluggish start to whack a typically brutal 40 for 18 balls and had the perfect foil in his skipper, who initially rotated the strike before unleashing himself.

He ended on an unbeaten 31 as the hosts clobbered 126/5 off their allotment of overs.

Left-handed opener Niroshan Dickwella introduced himself as a dangerous player with an aggressive 43 off 19 as he and Dhananjaya de Silva (27) put on 59 for the first wicket in quick time.

But the experienced spinning duo of Imran Tahir (2/23) and Aaron Phangiso (1/24) gave South Africa a foothold without actually bowling all that well.

Instead, most of the plaudits will go to Lungi Ngidi.

The 20-year-old quick made an excellent debut, adapting his lengths well and striking twice in his second over.

His figures of 2/12 was by far the best in a match dominated by the bat.