Proteas coach at a loss for words as his inexperienced team grass five chances, costing them the T20 series against Sri Lanka. 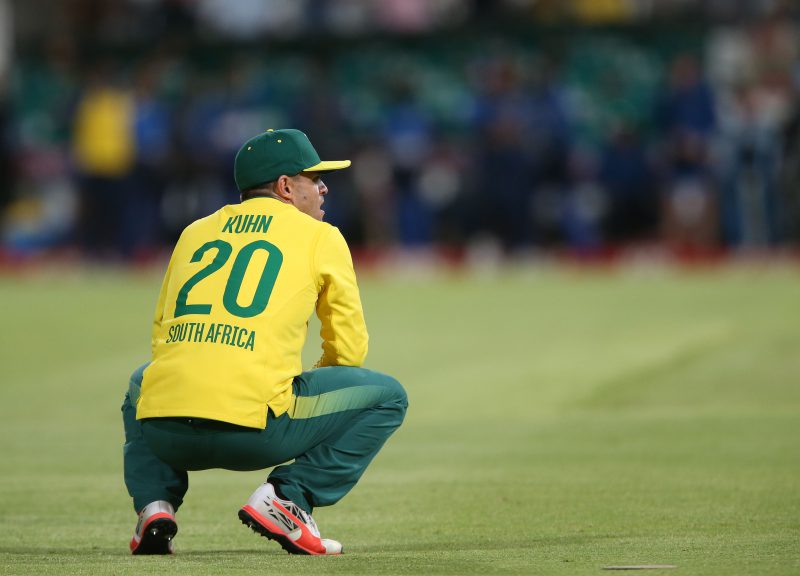 Most sides won’t win a cricket match where five catches are dropped.

It’s the reason why the Proteas weren’t looking to make excuses for losing Wednesday’s T20 decider against Sri Lanka at Newlands.

Also read: Were the Proteas robbed a vital wicket in the deciding T20?

In fact, Russell Domingo, South Africa’s coach, was simply astounded by his team’s poor performance in the field.

“It’s tough to make any sense of that,” he said.

“I really don’t know what happened. We’ve been fielding superbly the past couple of months. The guys put in a lot of effort. Maybe it was just the occasion for some of the younger members. I’m hoping we learn from it.”

The chances  that were dropped:

3rd over: Upul Tharanga flicks Dane Paterson to fine leg, where Lungi Ngidi drops the chance because he dived to his knees too early.

5th over: Dinesh Chandimal decides to attack Wayne Parnell immediately but instead skies a hook shot, where Imran Tahir shows poor technique with his hands.

7th over: Dhananjaya de Silva pulls a short delivery from Parnell but he gets a top edge. Paterson overruns from fine leg and instead of catching, knocks the ball out with his body.

7th over: Next delivery! Nilushan Dickwella also tries to pull a short ball and only gloves it. Keeper Mangaliso Mosehle clearly expected the ball to get to him slower and the ball bursts through his gloves.

7th over: Hat-trick of drops! Clearly peeved now, Parnell induces another streaky pull from Dickwella. He tries to catch the ball above his head but mistimes his jump, grassing a dolly.

Perhaps it was excusable for men like Dane Paterson and Mangaliso Mosehle to grass their chances, especially given their inexperience.

In Paterson’s case, the Cobras seamer was actually making his international debut in front of his home crowd in a win-at-all-costs game.

But for Parnell, the Proteas’ most experienced seamer on the night to be so tardy and spooked was not good to see.

“It was very frustrating. It’s something that you can’t really prepare for. We let ourselves down badly in the field and it took the momentum away from our bowlers. I can’t put it down to any reason‚ it was just one of those nights.”

Whether South Africa could’ve salvaged the series by just clinging on to one catch will remain an unanswered question.

And that is a worry.

“I can’t really put my finger on it,” said Domingo.

“We’ve played in some great T20s in South Africa but we seem to be on the losing side. We seem to fall on the wrong side of results. Like in this series, we’ve been competitive but we don’t get over the line. That’s the key.”