It's not a long-term injury but the explosive Proteas left-hander won't have a chance to build on his success in the current ODI series. 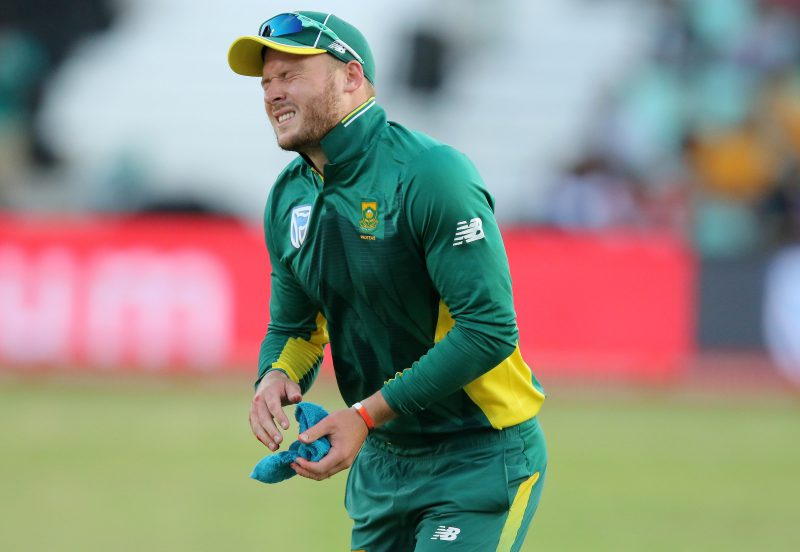 Ouch! David Miller is out of the ODI series against Sri Lanka. Photo: Anesh Debiky/Gallo Images.

Proteas team management on Thursday confirmed the left-hander’s cut to his right little finger is serious enough to warrant him being withdrawn.

Miller, who scored a magnificent unbeaten 117 off 98 balls in Wednesday’s second ODI in Durban, sustained the injury early in Sri Lanka’s innings while fielding.

Given his superb form this international season, this setback is hardly one the 27-year-old needed.

“David required sutures to a laceration sustained while fielding a ball during the match,” said Mohammed Moosajee, South Africa’s manager and team doctor.

“He will need at least 7-10 days to recover and will miss the remaining three matches of the series. He remains available for selection for the upcoming tour of New Zealand.”

Miller’s place will be taken by T20 skipper Farhaan Behardien, who is the reserve batter in the squad.

The third match of the series will be played at the Wanderers on Saturday, with South Africa enjoying a 2-0 advantage.