Imran Tahir ain’t too fond of playing just one T20

The Proteas leg-spinner questions the wisdom and value of a solitary T20 outing against New Zealand on Friday before the ODI series. 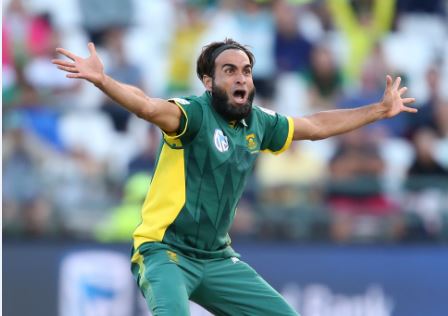 Imran Tahir is far too diplomatic to call the Proteas’ solitary T20 against New Zealand in Auckland on Friday a waste of time.

But the enthusiastic, experienced leg-spinner – the top-ranked bowler in the international limited overs formats – is questioning the scheduling of the fixture.

And, to be honest, the match does lack context.

“There really needs to be more T20 internationals played,” Tahir said on Thursday ahead of a game shrouded in doubt over a poor weather forecast.

“In terms of this series, it surely would’ve been fairer to have scheduled three, maybe even two games. When you just play one game, you never know how things may turn out, especially given the weather in this game.

“What if this game is reduced to five overs per side? Anyone can win it but does it matter? I don’t think one match is justified.”

There’s a sense though that some of the players involved in this match, specifically Kagiso Rabada and Black Cap all-rounder Colin de Grandhomme, need this match to go the distance.

Both are new players put up for the Indian Premier League (IPL) auction next week.

As the past has shown, sometimes one match can be enough to earn a player a contract.

Yet Tahir is sceptical.

Also read: Chris Morris (again) reassures he won’t be tempted by a Kolpak

“Sure, a one-off big performance can raise your profile,” he said.

“But one game is just too short. I’d like to think for a player to get into an overseas T20 league, he needs to perform in a few games.

“You can’t judge a player on one game. What if he performs consistently over time but doesn’t perform in one game? You need a proper chance.”

Tahir doesn’t have to worry about his pedigree going into the tour, given his top spot in the player rankings.

“When I started cricket I never thought I’d be No. 1 bowler, it’s all the hard work I’ve done and I’m very excited,” he said.

“There are a lot of good players in world cricket and coming top of that is a really good achievement and I’m really grateful.”