Faf: Imran Tahir’s great but this time he had some help

The Proteas is still wax lyrical over his leg-spinners brilliant spell in the T20 win over New Zealand but believes the seamers set him up. 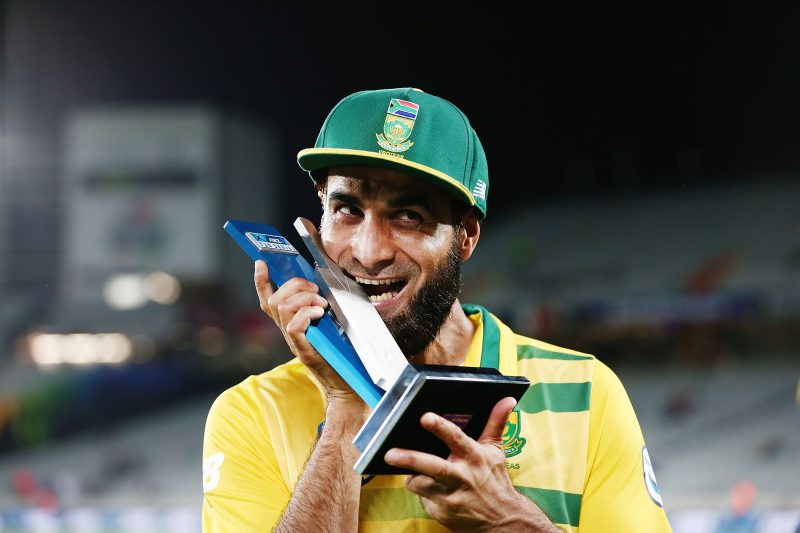 Imran Tahir has tasted so much success in the past two years that it was difficult not to detect a bit of boredom in Faf du Plessis’ voice when asked about him again.

The Proteas’ colourful leg-spinner was once again a match-winner for his country on Friday after his 5/24 helped ensure a 78-run win over New Zealand in the solitary T20 at Eden Park in Auckland.

“I’ve said this numerous times before. Imran is one of the big reasons why we’ve been so successful the past ten months,” said Du Plessis.

“The amazing thing about him is that he’s become so consistent. As a captain, that is a massive weapon.”

He turns off the tun taps as well.

“Even when opponents get off to a good start, you know the chance of Immie doing well is very high,” said Du Plessis.

“He’s not bowling a lot of bad balls anymore. He puts a lot of pressure on teams with his skill and variations.”

However, for once, Tahir didn’t need to drag South Africa back into the game.

Instead, he merely finished what the impressively adaptable Chris Morris (2/10) and Andile Phehlukwayo (3/19) had set up.

And that, more than anything, gave Du Plessis satisfaction.

“The seamers really did the damage upfront. It would’ve been tough for New Zealand to have recovered from their strikes,” said Du Plessis.

“For me, it’s a really nice challenge to manage the attack currently. It’s a really young bowling unit, extremely eager to buy into what is needed on the day. Chris with the new ball, it is a relatively new job for him for the Proteas and I thought he bowled with really good heat.”

But it would seem he is conscious of the fact that the Proteas need to keep their options open for just a while longer before the tour of England … and the ICC Champions Trophy.

“Someone like Morne Morkel has done really well in one-day cricket. He’s someone on the outside but he’s very much part of the plans,” said Du Plessis.

“You could pick any of the guys who are here though if Morne doesn’t come through. I’d be very happy from a T20 point of view and I know AB from a one-day point of view is also very happy.”