Can the Proteas middle order please stand up?

Captain AB de Villiers keeps boasting his batting order is one of the strongest in the world but their performances don't show it. 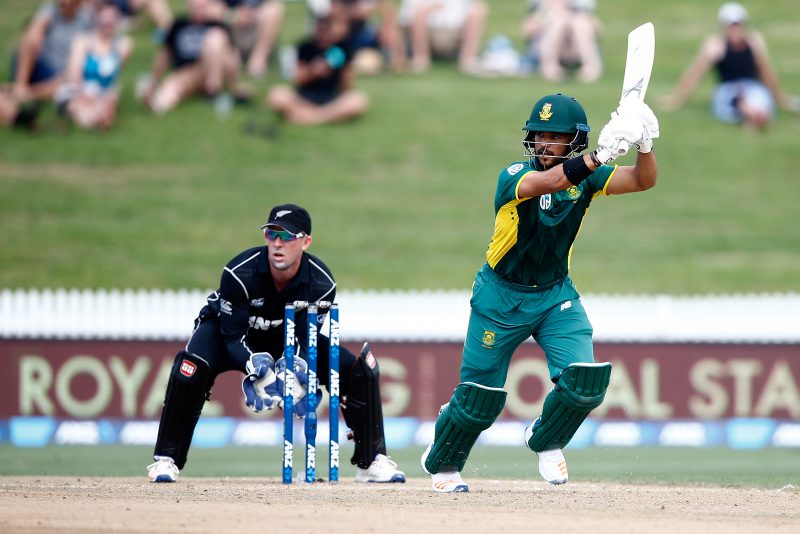 JP Duminy is one of the underperforming members of the Proteas middle-order. Photo: Phil Walter/Getty Images.

The Kiwis leveled the series at 2-2 with their convincing seven-wicket win the fourth rubber in Hamilton on Wednesday after which questions were raised whether the Proteas would stick with Duminy and Miller for the crunch match at Eden Park or consider bringing Farhaan Behardien into the mix.

Duminy has only scored 76 runs in four knocks in the series, while Miller, who made his comeback in New Zealand after recovering from a finger injury, has only contributed 32 runs in three outings.

”I know we have world-class players in our ranks they will come to the party when it matters most, which is hopefully the next game,” said De Villiers in the wake of their Hamilton defeat.

”We all go through patches sometimes, it’s one of those tours. Luckily we bat deep and have posted really good scores in this series so far.

”So there’s no need to panic. I believe in them and also believe that our top order in the best in the world.

”Going into the next game, there is no reason not to be confident in our batting.”

The local media made a big deal about the Proteas’ return to the oddly-shaped Eden Park – the venue of their agonising World Cup semifinal defeat at the hands of the Kiwis in 2015 – before the one-off Twenty20 at the start of the tour.

But the tourists showed they are well and truly over that fateful day by destroying the Black Caps by 78 runs in the shortest format.

”There is big final to play with lots at stake,” said De Villiers.

”It will be great for us to come through a pressure game like that, especially at Eden Park. It’s a great stadium to play cricket at. We won the T20 there and it would be great to do the same so we can finish on a high.”

CONFIRMED: India tour to South Africa to go ahead
3 hours ago
3 hours ago

CONFIRMED: India tour to South Africa to go ahead
3 hours ago
3 hours ago