The prolific Proteas opener is convinced his partner will deliver the goods soon and also has comforting words for Quinton de Kock. 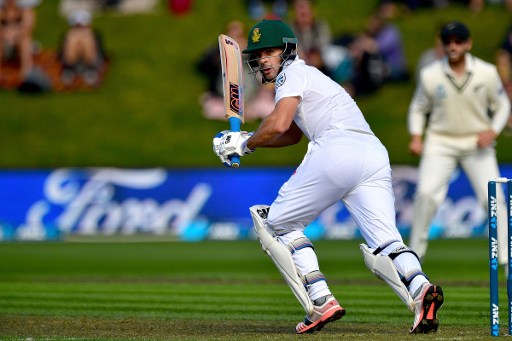 Dean Elgar has backed fellow Proteas opening batsman Stephen Cook to end run drought in the second Test in Wellington after a disastrous start to the three-match series in Dunedin.

Cook could only manage scores of 0 and 3 in the drawn Test, raising serious questions over the veteran opener’s form in 2017.

He has only scored 43 runs in his last five innings after contributing 59 and 117 in the first Test against Sri Lanka in Port Elizabeth in December.

In sharp contrast, Elgar has been a revelation in his last three Tests, scoring 440 runs, including two hundreds. The left-hander was named Man-of-the-Match in Dunedin after scoring 140 and 89.

”I think he (Cook) should just keep sticking at his game, it’s part of cricket. When you face the new ball, anything can happen,” Elgar said.

”It’s unfortunate for Cookie to miss out (in Dunedin), but that could change very quickly. Hopefully when the second Test comes, he kicks on and has a big one for us soon. He’s also another cricketer who’s got a lot of experience on his side and I’m sure he knows what to do going into the second Test.”

”I think Quinnie just needs to back himself. He is a naturally gifted cricketer and just needs to adopt that mindset from now on,” said Elgar.

”A welcoming thing is that the families arrive soon and it will be a good thing from him to get away for the game for a while. He just needs to back his cricketing ability and to given some love.”

Elgar himself was careful not to get ahead of himself after his good knocks in Dunedin, admitting that he has failed to capitalise on good form in the past.

”Luckily I’ve has a few past experiences where I’ve started well and then tapered off. I’ve had a few reference points and I have a captain (Faf du Plessis) who’s on my case a lot of late,” he said.

”It’s something mentally I have to focus and hone in on. I need to keep the hunger, that is the biggest thing. If you stop looking at your own game and start at what the team needs is probably a good focus point from now on. There are two massive Tests remaining in the series and you have to try and contribute there.”