The Proteas keeper has scored 20 runs in his last 4 knocks, dismissed all those times by Jeetan Patel. But there's a way to stop the rot. 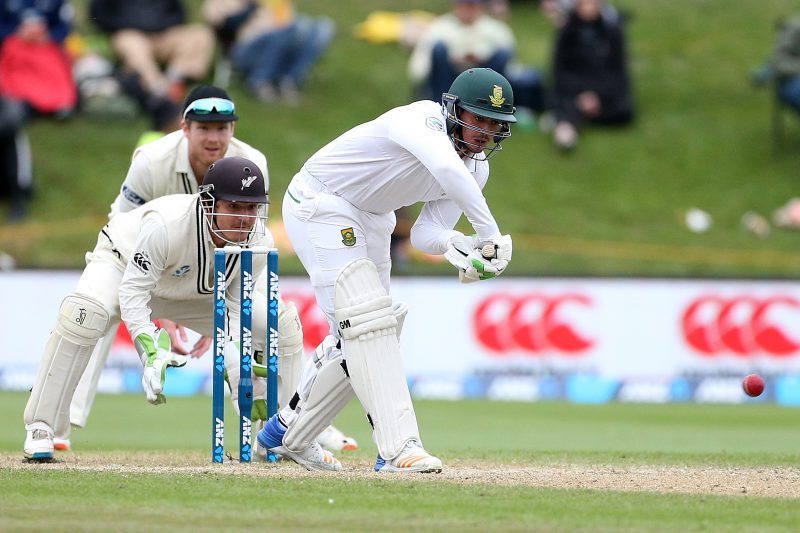 All four of those times, the Proteas’ talented keeper-batsman has been dismissed by Jeetan Patel, New Zealand’s veteran off-spinner.

It’s pretty obvious he might have a mental block against him going into Thursday’s second Test in Wellington.

But De Kock’s captain, Faf du Plessis, has simple advice for him.

“The strength of Quinton as a cricketer is he doesn’t over-analyse things too much,” said Du Plessis on Wednesday.

That’s a rare trait for a modern player, where readily-available information leads to individuals over-analysing  their performances.

De Kock has shown that ability.

In 2013, India were dominated in a one-day series where he smashed three successive hundreds and earned praise for his ability to dominate off-spinner Ravi Ashwin, who had been on a hot streak before that series.

De Kock was asked his secret.

“It’s quite easy. You play the ball, not the bowler,” he said.

It was a cliche worthy of cringing about but it was a brilliant approach.

What better way to handled a player considered the most dangerous tweaker in the world at that stage?

“Yes Jeetan has got the best of him this series but the skill that Quinton has will always find a way,” said Du Plessis.

“I see him coming out of this and having some success against him.”

Another man who needs to draw on previous experience is Morne Morkel, who’ll need to help his younger teammates with a strange thing: Wellington’s unusually strong wind.

The lanky quick was outstanding in his previous match at the Basin Reserve, taking 6/23 in the second innings of that drawn third Test.

“Morne knows about the wind, he has spoken to us about it,” said Du Plessis.

“The experience that he has is vital to us as a team and to the bowling unit. The confidence they take from that is a good thing for us. I don’t know if the conditions will be the same as five years ago but we will have to wait and see.”