Video footage of the incident alleged that there was a scuffle but Cricket South Africa dismissed those rumours. 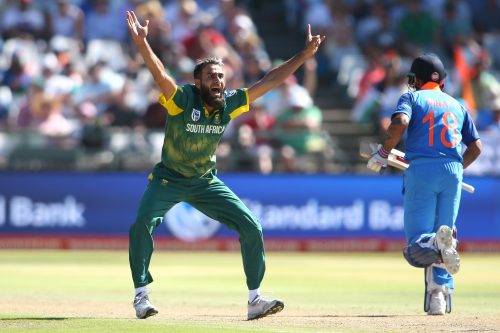 Cricket South Africa (CSA) earlier announced that it was investigating the incident.

“My understanding is that he was verbally abused by a certain gentleman throughout the match,” said Moosajee, who’s also the team’s doctor.

“He reported it to stadium security, specifically the men stationed at the change rooms. Those two security personnel accompanied him to identify the perpetrator.”

A video circulated on social media and Whatsapp shows Tahir in a stern conversation with members of the crowd, leading to rumours that the veteran leg-spinner was involved in a scuffle.

According to Moosajee, that wasn’t the case.

“When Imran got up there, there were some hostile verbal exchanges. To diffuse the situation, the security personnel removed Imran from the scene,” he said.

“That’s what we’ve been told. There were no physical exchanges and there were no children involved.”

CSA is still awaiting for input from stadium security.

“We just want to get an idea from stadium security perspective. Once we have an understanding then we’ll have a better understanding of things,” said Moosajee.

“Imran did nothing untoward. He notified stadium security immediately and only went up there to identify the perpetrator.”

Moosajee also said the spectator in question was Indian.