One of the Proteas' great strengths in ODI cricket is seemingly back and helping them win matches again. 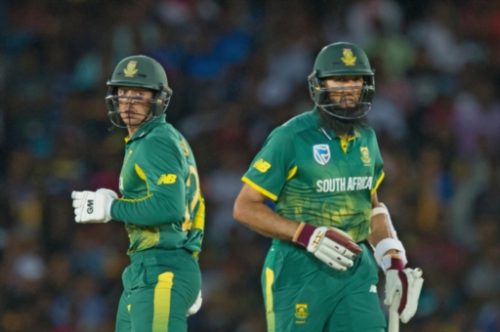 With the World Cup in mind, the Proteas will rightly be encouraged by Quinton de Kock’s form in the ODI series against Sri Lanka.

Following a thoroughly forgettable Test series, the left-hander has played a major role in helping his team establish a 2-0 lead in the five-match series with excellent knocks of 47 and 87.

“Adding value to your side is always a nice feeling. It obviously also helps that we’ve started winning again.”

Yet in the greater scheme of things, it’s De Kock’s good starts at the top of the order with Hashim Amla that really should be stealing the headlines.

In World Cup years, the development and settling of combinations is of the utmost importance.

Having De Kock and Amla back in their groove before the showpiece tournament will obviously be massive.

Ironically, the pair’s affinity for each other actually isn’t a new thing.

Since late 2013 they’ve established themselves as one of the more prolific opening partnerships in ODIs.

And it’s based on a simple philosophy.

“His demeanour is very relaxed so we keep each other very calm. That’s what we do well together so it’s just nice to finally bat with him again and score some runs.”

The Proteas will hope that template is applied, well, ruthlessly over the coming months.