The explosive left-hander had always wanted to play Test cricket, but the reality was that that dream was never really close to being fulfilled. 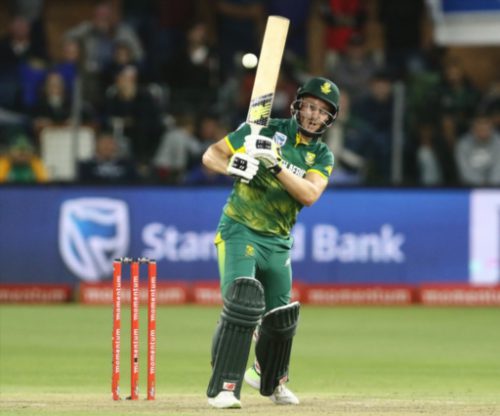 David Miller has abandoned his dream of playing Test cricket.

The explosive left-hander on Tuesday confirmed that he has made himself unavailable to play any type of red-ball cricket in South Africa.

It’s a decision that won’t surprise many yet one can argue that it’s interesting that it took so relatively long.

Here’s an explainer why.

He is indeed. That’s evident when one considers that he’s played 109 ODIs and 61 T20Is but Miller has never denied that he considers himself a player for all formats and up until last season still stated that he had ambitions for playing Test cricket. He does have a first-class average of 36.

Miller is seen all around the globe in T20 tournaments. So he couldn’t have been that serious right?

Yes and no. When he has been available during the domestic season, Miller has appeared for his two franchises to date, the Dolphins and Knights. In fact, he’s been relatively successful. But schedules are of such a nature that he was never allowed to play a meaningful number of first-class games in one season – like seven to nine. Miller actually chose to miss last year’s Caribbean Premier League T20 to focus on first-class cricket.

Were the national selectors willing to give him a chance to prove himself?

To an extent yes. They selected him for South Africa A’s ‘Test series’ against India A, where he initially impressed with a well-crafted 78. But Miller fell away after that and clearly didn’t do enough to gain a look-in for the low-key Test series against Bangladesh.

If they weren’t going to try him there, they wouldn’t do it on any other occasion.

What are his reasons for giving up first-class cricket?

He stated it quite clearly: “I have always loved playing red ball cricket but I have decided that I would, in future, like to concentrate on white ball cricket to make sure that I am in a position to give myself the best opportunity to play for the Proteas in the format that I love. This is an important decision for me, especially with the World Cup looming next year.”

He’s under pressure anyway due to some poor form in ODI cricket anyway, right?

That’s perhaps the key to this whole debate. Had Miller been in spectacular form in the white ball formats, he’d have a great case but his performances over the past year have been distinctly under par. He’s played 10 innings in the past calendar year and only scored 192 runs at an average of 21.

That tally includes a solitary 50. It’s little wonder he needs to concentrate fully on limited overs cricket. South Africa desperately needs him for the World Cup.