Elgar finally has a chance to realise his white-ball dream

The Proteas Test opener has become annoyed that he's pigeonholed as a more-day player, but the ODI series against Zimbabwe could change that perception. 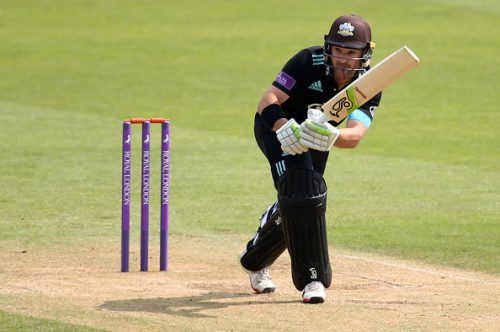 Dean Elgar’s dream to prove himself as a one-day player too received a boost on Tuesday after he was included in the Proteas’ ODI squad for the series against Zimbabwe.

The gritty left-hander has never made it a secret that he’s very keen on playing white-ball cricket and, in all fairness, his pigeonholing at international level is rather strange.

ALSO READ: Elgar ‘sick and tired’ of having to prove his mettle in 50-overs

Elgar has only played six ODIs in seven years but boasts a very good record in List A cricket, where he averages over 42 at a strike rate of just under 80.

In June, he made his frustrations known.

Finally, the national selectors have provided that clarity – even if it took Amla and Faf du Plessis’, who also hasn’t recovered from a shoulder injury, respective absences.

“We have said that the Zimbabwe series is an opportunity to further explore our ODI options and the unfortunate injury to Hashim gives us an opportunity to see what Dean is capable of in the limited-overs format,” said Linda Zondi, the national convener of selectors.

“He has always been on our radar having put in consistent performances both in South Africa and the UK, and brings a wealth of valuable experience to the batting group in Hashim and Faf’s absence.”