Cricket SA and SABC stage T20 coup, or do they?

The controversial new T20 League, which still isn't finalised, will be screened free-to-air by a broadcaster R635 million in the red. 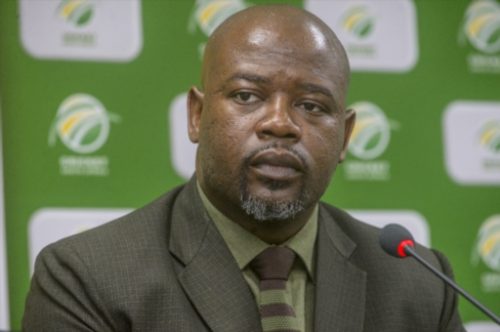 Cricket South Africa’s (CSA) new T20 League might continue to be bedevilled by controversy, but at least the new product will reach a wide audience.

The governing body on Tuesday announced that the SABC had been granted the exclusive broadcasting rights for the tournament, which is expected to be launched in early November.

There are still no finer details on the venture.

In what is justifiably labelled a “landmark moment”, the deal breaks up SuperSport’s monopoly of screening cricket in the country.

The join statement notes that the tournament is a “perfect opportunity” for the embattled public broadcaster to “regain its credibility” and to “increas(e) audiences and revenue, delivering compelling and entertaining content and diversifying revenue streams”.

However, the partnership will raise eyebrows too.

Firstly, it’s debatable how much income CSA will derive – at least initially – from this deal.

The SABC’s latest financial results showed losses to the tune of R635 million, despite a treasury guarantee of R1.2 billion in loans from various financial institutions.

Of course, it’s also possible that the public broadcaster could’ve scored a bargain because the market value of the tournament itself isn’t particularly high at the moment.

As CSA have pointed out repeatedly, T20 tournaments around the world only start breaking even after three to four years.

Yet can local cricket absorb a potentially low return after losing over R220 million due to the failed T20 Global League (T20 GL) last year?

The deal also confirms that CSA and SuperSport are in an awkward phase of their commercial relationship.

The two parties were initially equity partners for the tournament before pressure from disgruntled owners of franchises for the T20 GL came in the form of legal action.

CSA have recently hired a prominent Centurion-based legal firm to represent them against the cash-flush foreign owners.