Proteas have a simple plan for ‘one-day guy’ Elgar

Considered a Test specialist previously, the Test opener now has his chance to show he's no one-trick pony ... and it will be in a familiar role. 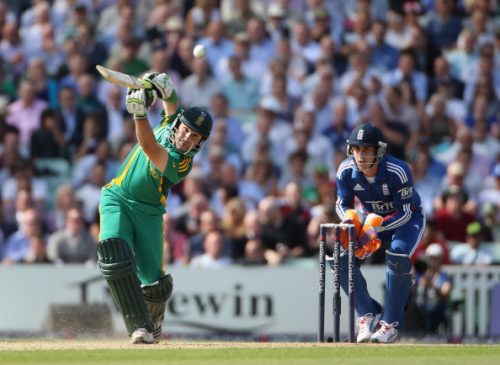 Dean Elgar of South Africa hits out during the 3rd NatWest ODI between England and South Africa at The Kia Oval on August 31, 2012 in London, England. (Photo by Tom Shaw/Getty Images)

Proteas coach Ottis Gibson admits that Dean Elgar’s inclusion for the ODI series against Zimbabwe is a “talking point” but the plan for him is pretty simple.

The gritty left-hander had previously expressed some annoyance with being considered merely a Test specialist despite a very good record in domestic one-day cricket.

However, the finger injury sustained by Hashim Amla has opened the door for him … and there won’t be any surprises as to what his role will be.

“What we’ve said previously is that we want to give opportunities to guys over the past year or so,” Gibson said on Wednesday.

“We’ve generally picked youngsters but when you look at this squad, there are quite a few experienced players missing. There are no real seniors here.”

As a result, Elgar nothing more than a direct replacement for Amla, and that means an opener’s role for the 31-year-old.

Elgar generally bats at No 3 or 4 in white-ball cricket.

“When you’re looking further, to next year’s World Cup in England, you’re looking at Dean’s record there. Given how he’s performed for every county side he’s played for, he must be part of the conversation. Now we can look at him.”

If a premium were to be placed on experienced batsmen, then the diminutive Temba Bavuma probably should’ve been considered too.

Yet the middle-order stalwart in the Test line-up hasn’t played as much competitive cricket as Elgar, but did star for Gauteng in the recently concluded Africa T20 Cup.

“He’s obviously still in the picture but you can only pick 14 players. Unfortunately, he misses out this time but he can still come back in.”